Last year, I gave my child a zip-up hoodie for Christmas. It was a last-minute impulse buy: I was at the campus store buying my mother the book she'd specifically asked me to get with my faculty discount, and I saw a nice-looking sweatshirt and thought, "Hey -- David could do with one of those! I'm getting kind of sick of the ones he already has."

Little did I know.

Here is the hoodie in the Jericho Cafe in Oxford, in January 2014, all new and shiny: 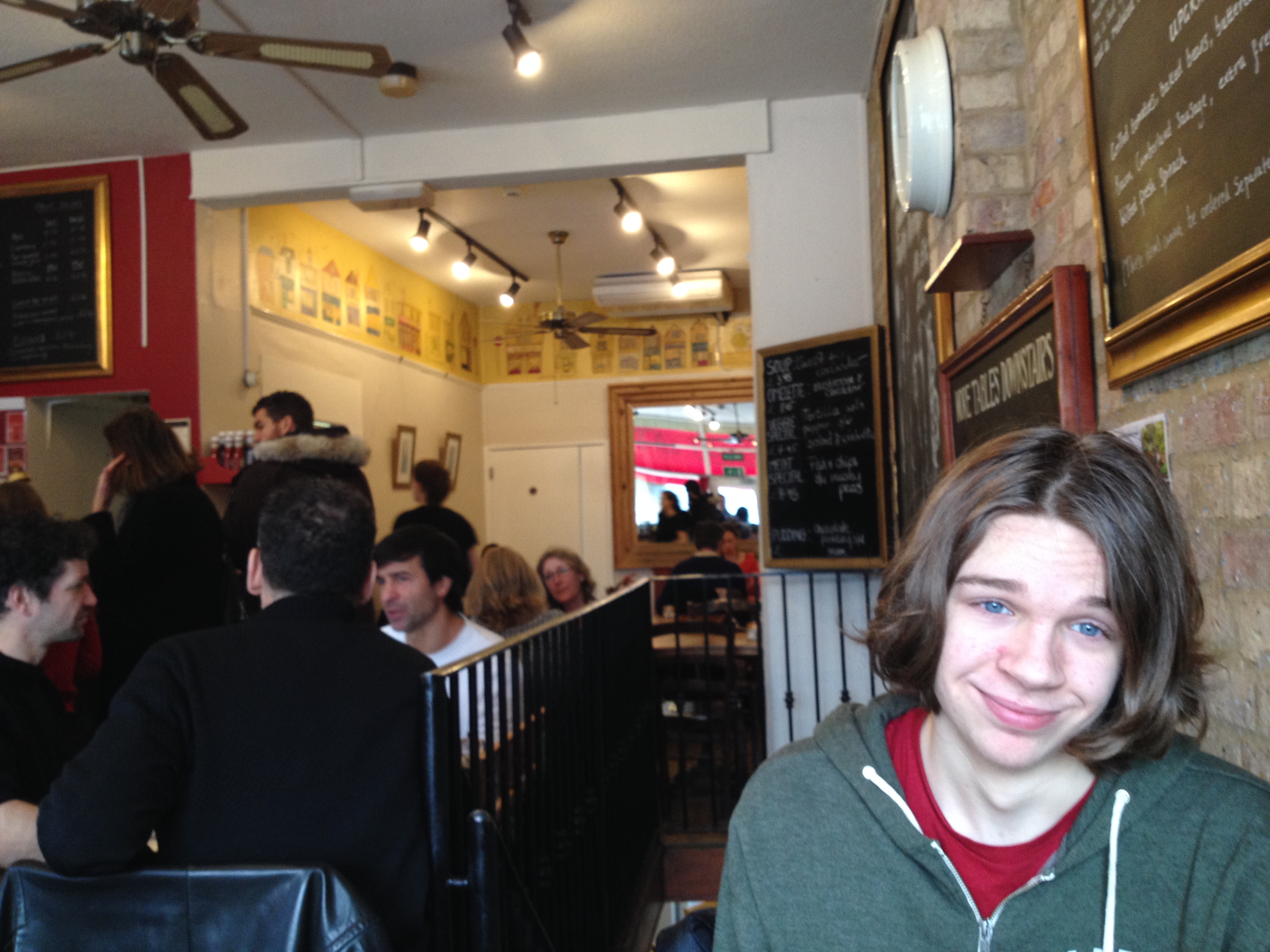 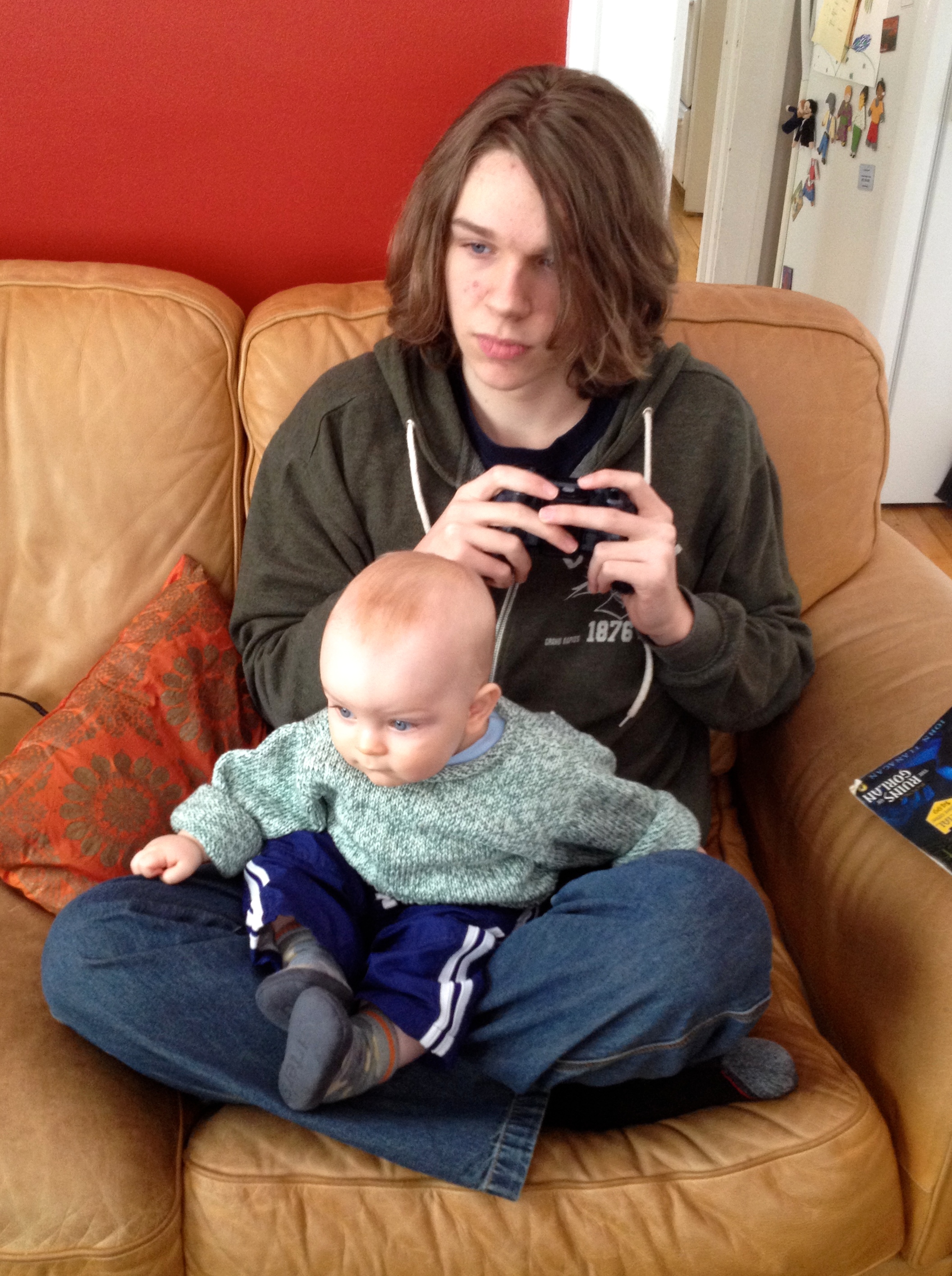 In April, the hoodie goes to the Netherlands and visits an art museum: 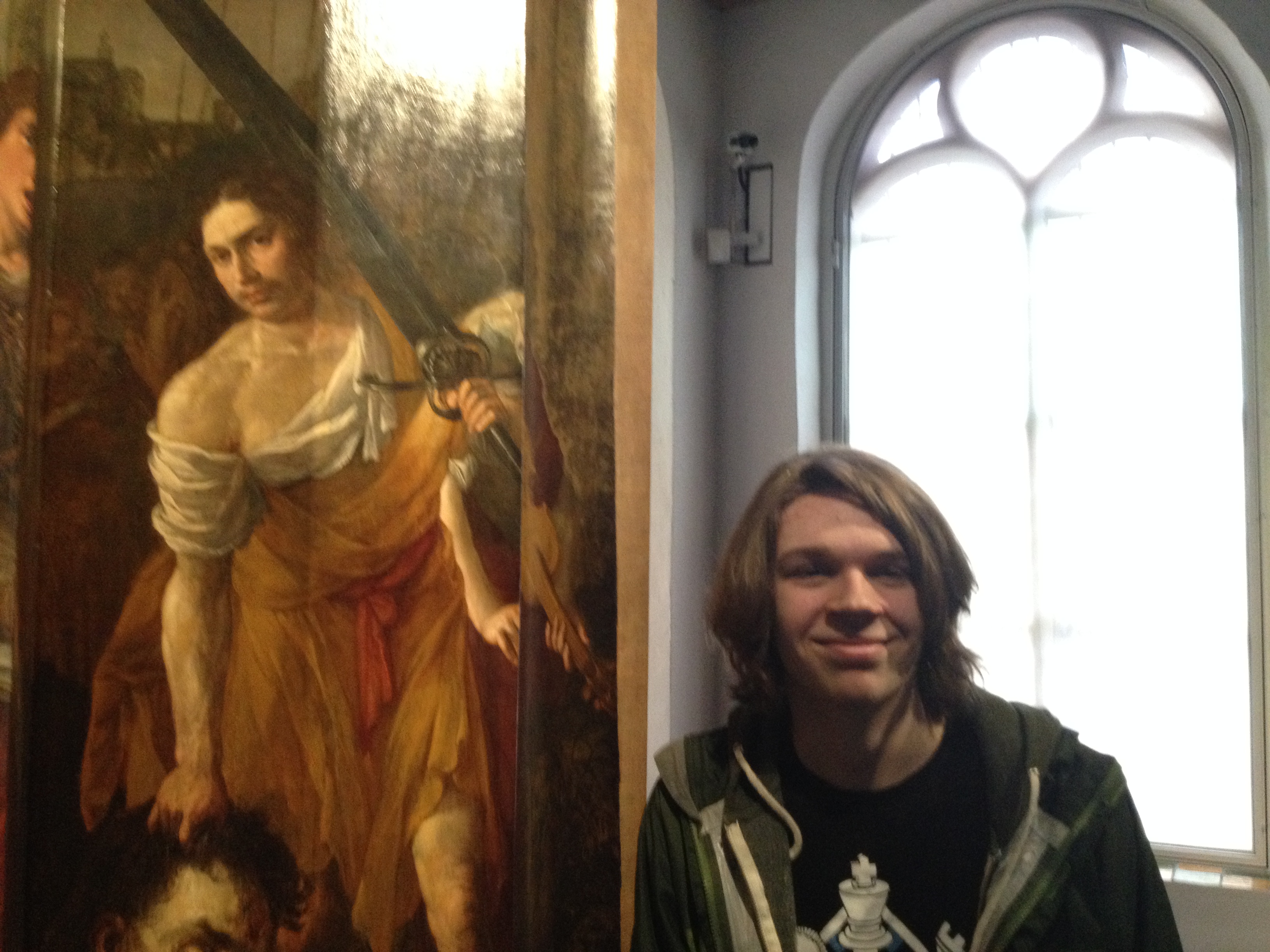 After all this work, you might have thought that the hoodie would take the summer off, but NO.

Here it is in July, at a castle in Switzerland: 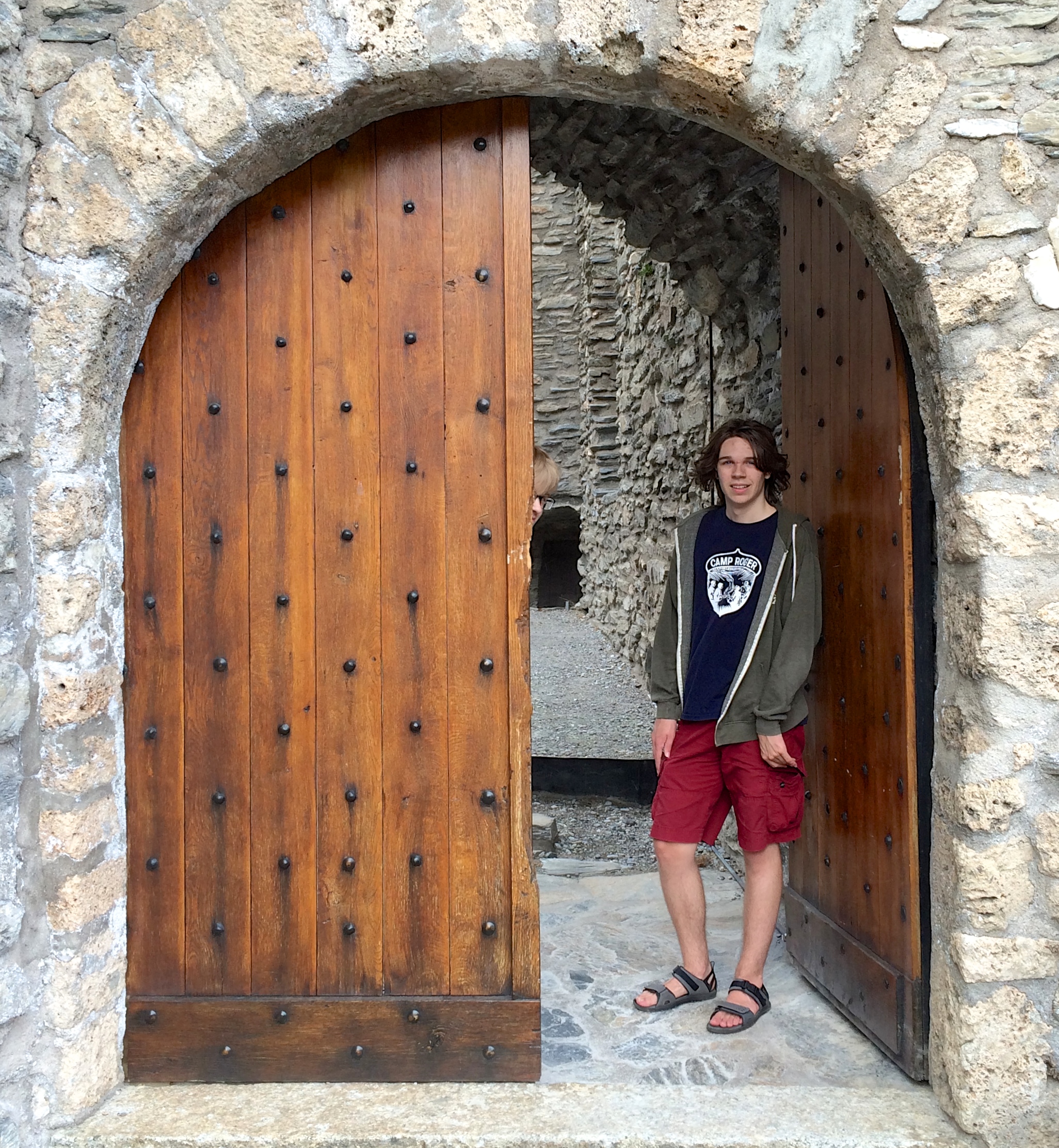 The hoodie even made a special appearance for my birthday breakfast in August: 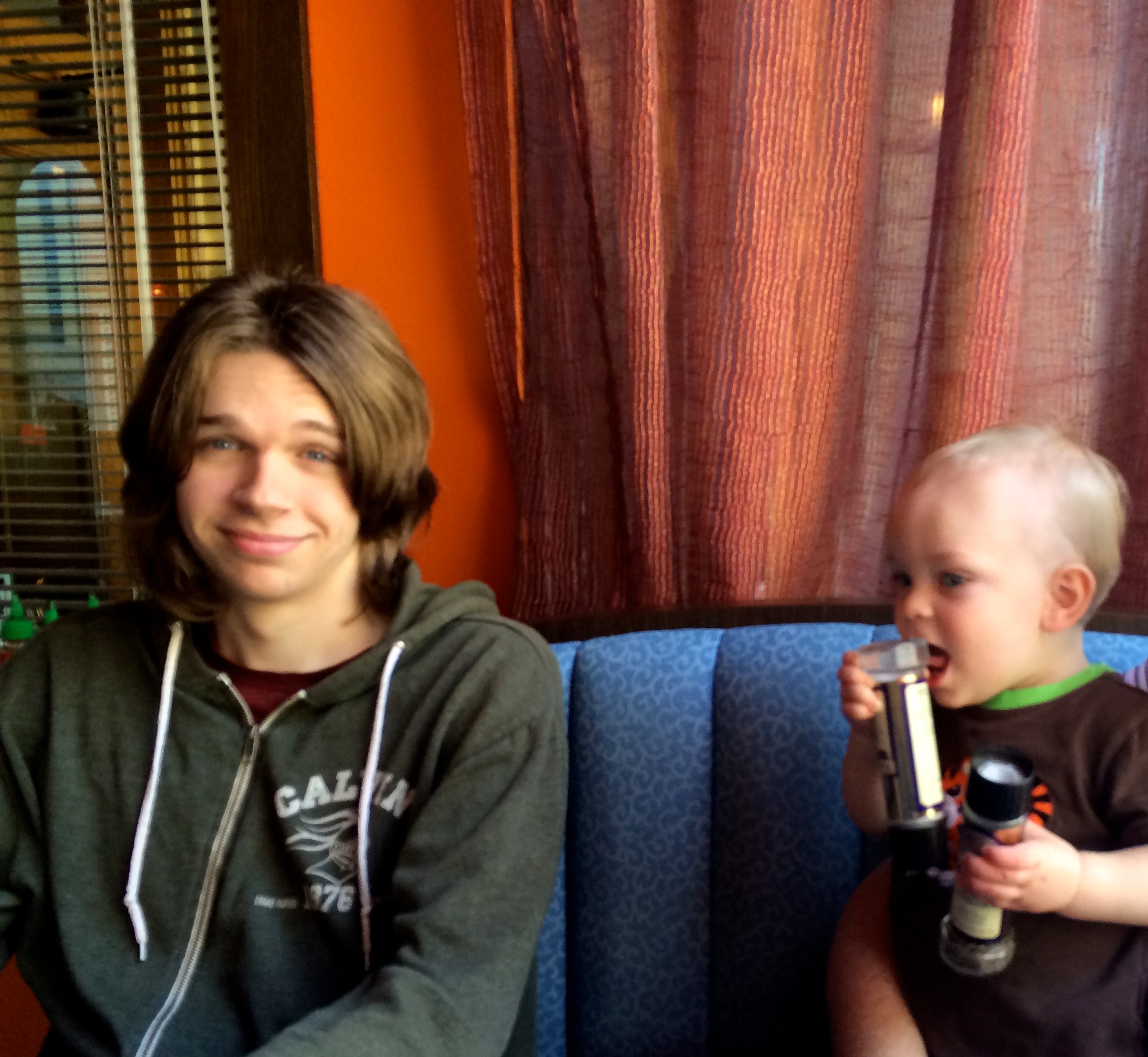 Here the hoodie is in October, visiting the statue of Greyfriars Bobby in Edinburgh: 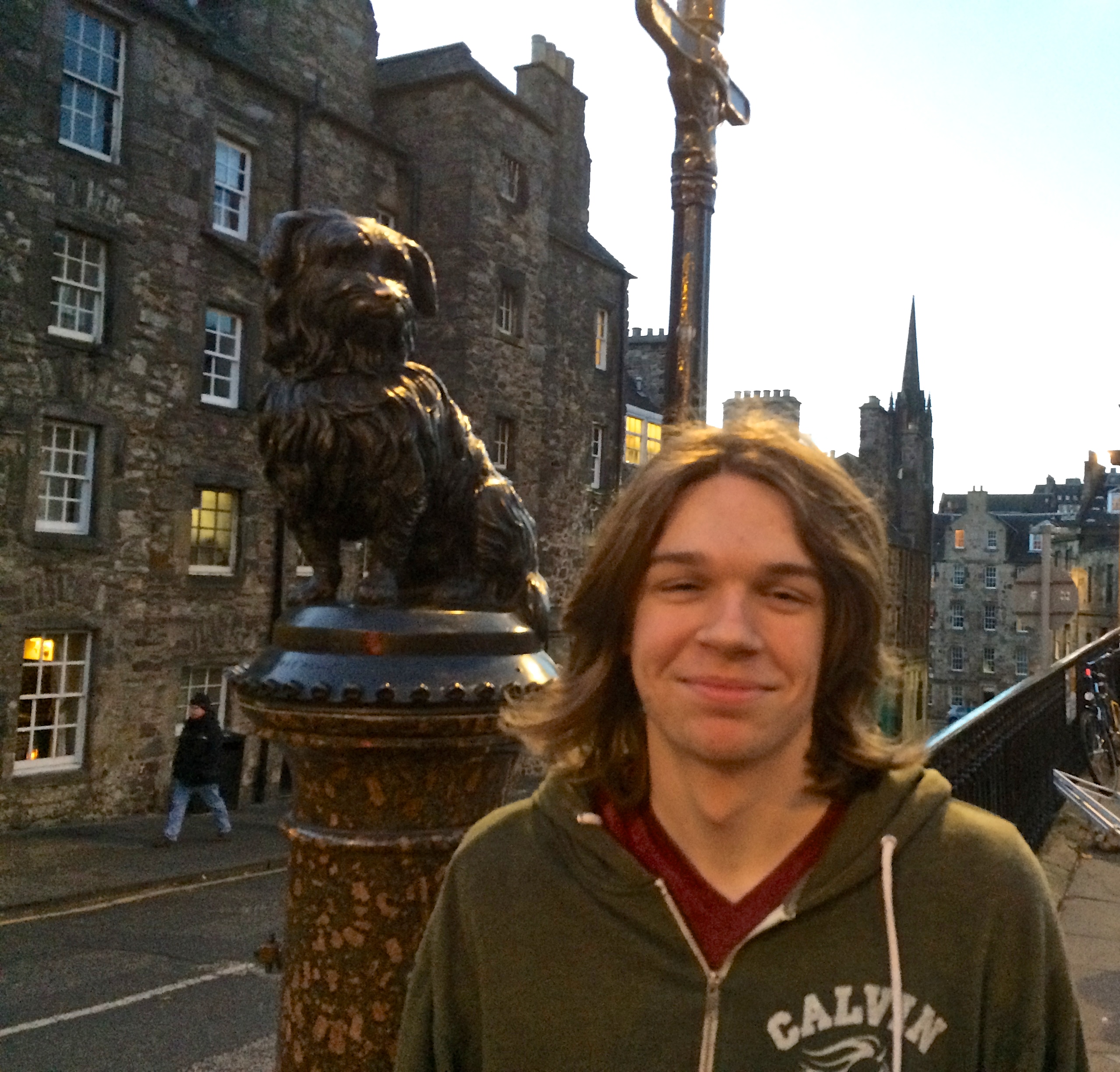 At this point, the hoodie had been a major part of our family for almost a year, and I realized two things:

And so the idea of the University Collection was born.

The only long-sleeved thing you'll wear must be loose, soft, have a hood, zip up, and have only minimal logo or decoration? Well, it's a good thing your mom is an itinerant academic, because there is an endless supply of such things in campus stores all across the world.

Here is my child on his 17th birthday: 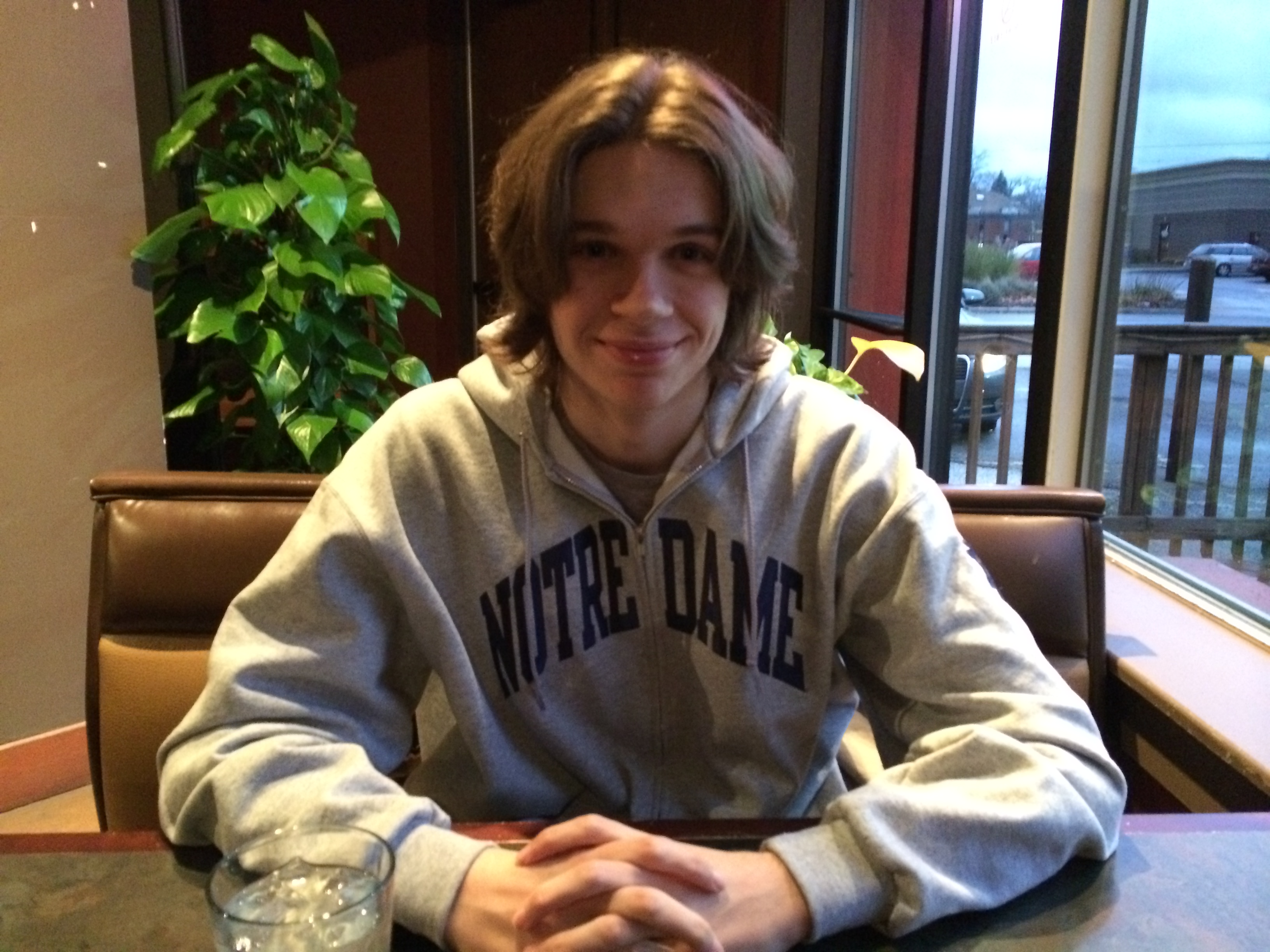 The University Collection Game: For the next 16 months, I will be building the University Collection by getting David a hoodie at every school I talk at or visit for a significant amount of time. He thinks this is hilarious and awesome. I think this is hilarious and awesome. Most importantly, it means that the original hoodie gets a much-needed rest. And I didn't even have to hide it! (So far, the collection includes sweatshirts from the University of Edinburgh, Leeds, Sheffield, and Notre Dame. Stay tuned for Boston University and others.)

P.S. Just in case anyone's worried, I ran this past David before hitting 'publish'--and always get his permission to post the stuff about him that I do. In fact, when I told him I'd written a post about him that I wanted him to approve, he asked whether it was about his breaking up with his X-box...something I'd really wanted to write about, but hadn't. SCORE!

No Pressure! Being Merry

Relationship Troubles (a boy and his x-box face the facts)