Patriarchy by any other name: ZIMZUM?

Rob and Kristen Bell have just published a new book called The Zimzum of Love: A New Way of Understanding Marriage. According to Rob,

Marriage is about creating space in your life for another to thrive – full of life and energy and love – while they’re doing the same for you.

Yes. That does, indeed, sound like a radical new way of approaching marriage. Who would have guessed that a successful partnership might involve making space in your life for your beloved? And 'spiritualizing' this revolutionary concept by referencing Jewish mysticism -- in particular, the paradoxical notion in the Kabbalah of the contraction of the divine infinite to make space for finite reality (tzimtzum)? As Keanu Reeves might say: "WHOAH."

Now, there are many other things that could be said in response to this. (Here's one: "Zimzum?!? No. Seriously. ZIMZUM?! Because 'zsa zsa zsu' was already taken by Sex and the City?") And I'm sure hordes of evangelicals will be trampling over each other to criticize and/or praise the book on any number of levels. (People are apparently already standing in line, for instance, to pile on the book's lack of spiritual depth.)

I have no interest in discussing the book's theology (or lack thereof) or its applicability to marriage, though. I was just fascinated --and, as it went on, maddened -- by the interview linked above. Why fascinated? Because the interview does a brilliant job of illustrating how underlying power structures manifest themselves when they're not explicitly addressed. Why maddened? Because the people involved appear to be completely oblivious to what's happening.

Rob Bell, for those of you who have never heard of him, is the poster child for White Liberal Evangelicalism. He wrote a book called Love Wins a few years ago that questioned the existence of hell. The book sparked enough heat to propel Bell into the national spotlight and prompt him to move from his church in Grand Rapids to L.A., where he is now working on a TV show for the Oprah network. [holding ... back ... so much snark ... to get to ... point ...]

The point is, Rob Bell is not Mark Driscoll or John Piper. He is not theologically or politically conservative. Heck -- he supports same-sex marriage. When asked whether this book 'uniquely' addresses LBGT+ as well as heterosexual couples, he says:

We did with whole hearted affirmation on page 16 of the book. The zimzum of love is for anyone – gay or straight – who believes the world needs more love and sacrifice and commitment and marriage.

[One whole page, huh? Mmm. That is affirming.]

(Quick note: I know lots of people are sick to death of hearing about the patriarchy. That's ok. You don't need to read this.)

Here is the photo that accompanies the interview: 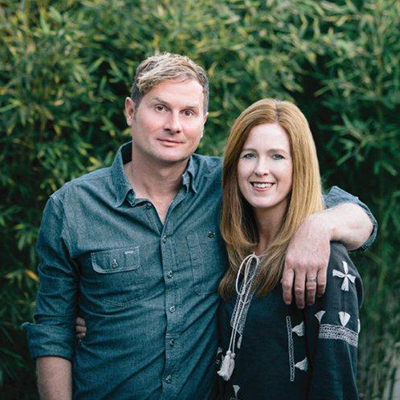 Now, this is a lovely photo of two people who are clearly very comfortable with each other. But let's just take a second to analyze it in terms of space. Rob is standing with his entire body facing the camera, shoulders squared. Kristen, by contrast, has her body angled sideways, so that she fits neatly under Rob's left armpit. Rob's arm is around her shoulder, and his hand hangs down in front of her, fingers not quite brushing her breast.

Rob dominates this photo. He not only takes up more space than Kristen does -- he takes up a bunch of Kristen's space as well.

"So what?" you might ask. "They probably didn't even choose that pose. You're reading a lot into a simple stock photo."

That's kind of my point, though. Rob and Kristen are in a classic 'Man with Arm around Woman' pose. (Just google 'man with arm around woman' if you're curious.) But their entire book is supposed to be about partners creating space for each other. Not to go all 'practical knowledge trumps head knowledge every time' on you, but it's a bit hard to imagine how a theoretical commitment to contracting your own being in order to encourage another's being to expand is going to work without explicit attention paid to how this is working out on a physical level as well.

In any event, here we've got a couple who just wrote a book on the importance of creating space for each other, as a means of "connecting you together with the deepest creative energies of the universe." It would have been awesome if they had managed to link this up with how they occupy, say, physical space. In fact, I would read that book -- especially if they discussed practical ways in which they try to compensate for the implicit power dynamics of different ways of being in the world. There's been lots of great stuff on 'power posing', e.g., coming out recently that would be fun, interesting, and relevant to apply in this context.

As it is, the interview that accompanies this photo just demonstrates what happens with people with the best of intentions talk a good game ... without paying attention to its underlying rules.

At one point, for example, Kristen is explicitly asked about the apparent disparity between the amount of space she and Rob occupy. "We’ve heard a lot about Rob while you’ve been more behind the scenes," the interviewer asks. "How have you two worked to make sure you, too, are flourishing on your own?"

Great question! Especially in this context!! Kristen's answer, though, is ... well, let's look at it:

Yes, I have always liked being behind the scenes, keeping things running. I like to say that I’m the rudder – you don’t necessarily see me, but I’m steering the ship. Rob and I have always had a sense of mission about our life and marriage. We are in this adventure together, which means we make all our decisions together about which direction to go, what to say yes and no to. For us, the zimzum happens with the daily decisions as well as the big picture. We are always having conversations about our own individual lives.

So, ah, what does this have to do with creating space for both partners to flourish? Rob is the entire ship, and you are the tiny little (but very important!) rudder?? And "we are in this adventure together"? That is basically the same answer every evangelical 'stay at home' wife and mother gives when asked about herself. In fact, Kristen even goes on to say:

It is very important to me to give my best to my kids during this season, to pursue my own spiritual growth and to keep asking questions and then taking steps towards my calling. My calling has been intertwined with the work that Rob is doing in the world, and I have found great satisfaction and joy in that work.

To be very clear here, I am not in any way objecting to Rob and Kristen's life choices. I can't help but be struck, however, by the lack of an answer to the original question. The question was how the two of them worked together to make sure that she was flourishing as much as he was. Having just written an entire book with her partner on how to create that sort of space, Kristen should be poised to give a genuinely insightful response. Why doesn't she have one?

Rob's response is, if anything, worse. Instead of saying anything practical or concrete about how he consciously strives to make space for Kristen, he goes abstract:

The language we use is about giving yourself to the thriving of this person you love while they’re doing the same for you in such a way that it creates an energetic flow of love between you that goes way beyond just the two of you, connecting you together with the deepest creative energies of the universe. We want people to be inspired and empowered and transformed by this vision of what’s possible in marriage.

So what am I saying? It's easy enough to beat up on people who are, after all, just trying to promote a new book and new TV show. Almost no one comes across well in these sorts of venues.

What I'm suggesting is simply that this interview demonstrates how underlying power structures are exemplified and emerge (even?) when not explicitly addressed. Here you have an increasingly famous man and his not-at-all famous wife writing a book on marriage as an opportunity to link with each other and the divine through the contraction of one's own being so the Other may expand. And yet not one word is spoken about his striving to contract himself so that she can expand.

The last paragraph of the interview is, from my perspective, a poignant illustration of what happens when you separate 'head' or theoretical knowledge from 'body' or practical knowledge. Having just explained how important it is to give yourself over to the thriving of the person you love, Rob Bell's entire response to what's next for him is the following:

Right now I’m on tour with Oprah; we’re going to arenas around the country; we just released a e-course on Oprah.com that people can take whenever they’d like with over 30 teaching films about finding joy and meaning in everyday life. I’m doing a writing series on Tumblr called “What is the Bible?” in which I’m giving people new ways to read the Bible. I have two books written that are sitting in my computer, and another 3 outlined that I’m really excited about. And on December 21 my first television show is on at 8 pm on the OWN network.

Good luck with that, Rob. Sounds like a lot of zimzum to me.

All the Single Ladies