I woke up early on February 1 to catch a flight back home from a conference I'd been at in Tucson, only to find a message from my airline telling me that my flight to Chicago wasn't going to happen because of a Midwestern blizzard and an e-mail from my dad telling me that my mom had been in a serious accident. Things have kind of gone downhill from there, honestly, on a variety of fronts. And then yesterday I totaled my car when I hit a patch of ice and slammed into the minivan in front of me.

You know how in the face of disaster, well-meaning people will tell you what when life hands you lemons, you should make lemonade? That's stupid. Lemons are AWESOME! They are world's most cheerful color, they smell amazing, they fricking prevent scurvy, and you can use them in everything. And you're not even having them pelted at your unsuspected head--you're getting them handed to you. What kind of whiner is going to complain about someone handing them scurvy-preventing, amazing-smelling edible balls of happiness? 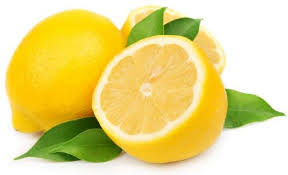 (Seriously--I just googled 'lemon images' and am already at least 67% happier than I was before. Try it for yourself!)

As I was lying in bed last night contemplating the last 17 days' worth of craptitude, it occurred to me that the 'crap' metaphor was actually a much better descriptor. In fact, "shitstorm" seems about right. And so I have come up with a new saying: "In a shitstorm, you'd best plant seeds you want fertilized."

I realize that this saying is neither catchy nor likely to grace the front of mass-produced cards sold within viewing distance of small children. That said, I'm taking this opportunity to go public with a few seeds of my own that I'd like fertilized, on the grounds that stating one's intention is the first step toward realizing it.

Seed One: I would like to finish this Aquinas book by this time next year.

I have almost exactly one year left of research leave. I have many, many plans for this time and lots of smaller projects I've committed to. The book on happiness and the afterlife feels like a moving target sometimes: most of the other stuff I'm doing relates to it in one way or another, but that's not the same as having actual chapters written in, say, chapter form. So I'd like to apportion about 1/3 of the shitstorm to fertilizing that particular seed. Thank you in advance, manure monsoon.

Seed Two: I would like to be a genuinely consistent source of support to my family and friends.

One thing legit disasters do is clarify one's priorities. And when push comes to shove, family and friends totally come first. (This is one reason Seed One is my book: I could easily spend the rest of the year not writing it because I'm so busy with family/friend stuff.) Sometimes I feel like I'm an ADHD source of support, though. I'm totally there for you in your crisis-mode, and then I leave the country for three weeks.

In general, I'm more of a 'camel' than a 'tortoise' kind of person. I can't work at a slow, steady pace for 8 hours. I work intensively for an hour or two, and then I need a break. (I take naps almost every day, and they are a source of consistent joy in my life.) I love spending time with people, but I need time by myself after a while. When I'm hiking, I go pretty fast and take frequent rest stops. You get the idea.

The trick is to figure out how to balance my inclination towards intensive engagement/corresponding need for total solitude and downtime with being a good friend/family member. I don't think I'm doing too bad with this overall, but if I'm going to apportion out metaphorical manure, I want a bunch to go towards fertilizing this intention.

Seed Three: I would like to be in a long-term romantic relationship that's full of mutual support and awesomeness.

This comes third because it scares me the most. But heck--if I'm shoveling shitdrifts around, I have to be honest that this is something I do want. I don't want to be in a relationship badly enough to actually seek one out at this point, but please. Baby steps. Start by stating your intention and living with it being out there in the world. This isn't something that's been a priority for me for a long time: I'm very happy with my life as is, and I'm not going to settle anything. And I'm not willing to call this a priority at this point. (Baby steps!) That said, it would be nice to be with someone smart, funny, kind, and who finds me as wildly attractive as I find them. I've had that before, and I'd like it again. Someone who's also good at shoveling (literally and metaphorically) would be nice, too. So shitstorm--you should feel free to rain down on this seed, too.

There are 10 days of February left. I leave Friday afternoon for a day in NYC, a workshop in Princeton, and then a week at UC-Boulder being some sort of distinguished visitor or something. By the time I get home to Grand Rapids again, it will be March. I will not taunt February or say anything like, "Bring it on!" because I have a healthy amount of respect and quite a bit of fear for its powers. Also, I have a degree in Classics and know where hubris leads. (Killing one's father, marrying and impregnanting one's mother, and putting out one's own eyes comes to mind.) I also do not recommend googling 'shit images' because, unlike 'lemon images', it leads to a sharp decrease in overall life satisfaction and the re-realization that the internet has some seriously dark and scary corners. Imma just putting my seeds out there while the shit falls. 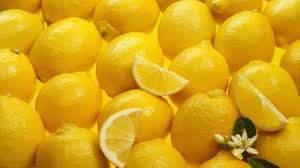 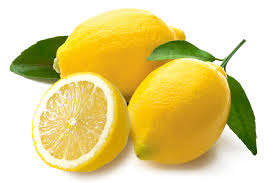 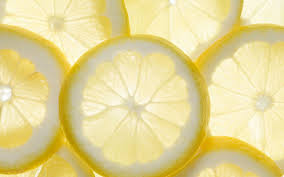