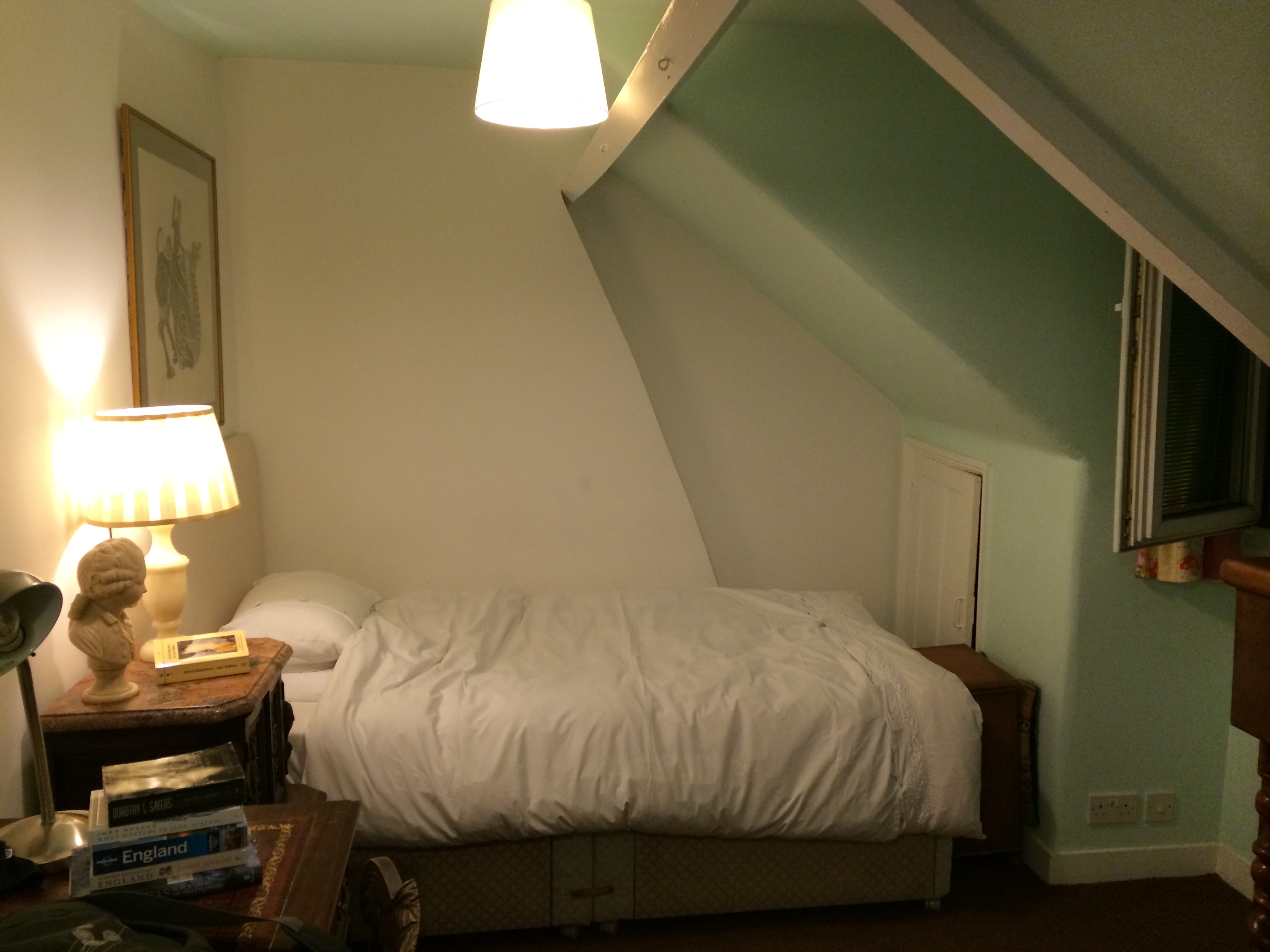 Last evening, I was just settled in bed when a disturbance began on the street outside the house. Although duly cautious of the night air, I am nevertheless quite fond of cool evening breezes in the summer--all the more so when the day has been warm and my attic room become overheated as a result. As a result, my window was open, and I was able to hear quite clearly as a young man shouted, "I want to DIE!...I don't want to DIE!" again and again.

Initially alarmed by these loudly voiced statements, I soon ascertained that the gentleman had fallen prey to that most common of end-of-term maladies, and that his rather contradictory sentiments (which he continued to express between heartrending groans) were the result of his imbibing quite a bit more than was called for. There are several public houses near to my current residence, and it seemed likely that this student and his friends had been partaking in post-examination cheer in more than one of them.

Looking out my window from behind the curtain, I could see that the gentleman in question had abandoned all pretense of standing upright and was sprawled lengthwise in the street below. He was surrounded by a group of friends--all in white tie (this being Oxford), and most in far better shape than he--who were alternately imploring him to be silent and discussing the best means for removing him to his quarters. The options were not numerous, given that we are not near an omnibus route and 'Sebastian', as I will call him, was incapable of walking. At the same time, the need for such removal became ever more pressing as Sebastian's cries for both his mother and death rang out on the otherwise empty street. (For someone in such a dire state, he retained impressive powers of vocal projection.)

One of Sebastian's friends made a terribly polite attempt to hire a cab, which included the memorable sentence: "Look here--he's in quite bad shape, but we're all with him, and we'll positively cover him with bags and take all responsibility for anything that might happen during the ride." Cab drivers being ever-adverse to the natural effects of over-imbibing occurring within their vehicles, however, the friend's plea was ultimately unsuccessful. With an air of reluctant forebearance that I fear does not bode well for Sebastian's relations with them in the future, several of the well-dressed young gentlemen hoisted Sebastian's arms over their shoulders and began the arduous task of escorting him home. As I returned to my bed, I could hear them progress slowly down the street until finally silence fell and I could sleep.

In other news, my landlady has disclosed to me that she owns a farmhouse in Portugal and has practically ruined the family's finances as a result! Since she is garrulous to a fault, I am confident that I will learn more about this situation soon.