In Which the Landlady Praises Country Living and We Learn that the Bread is Not for Bernhard. 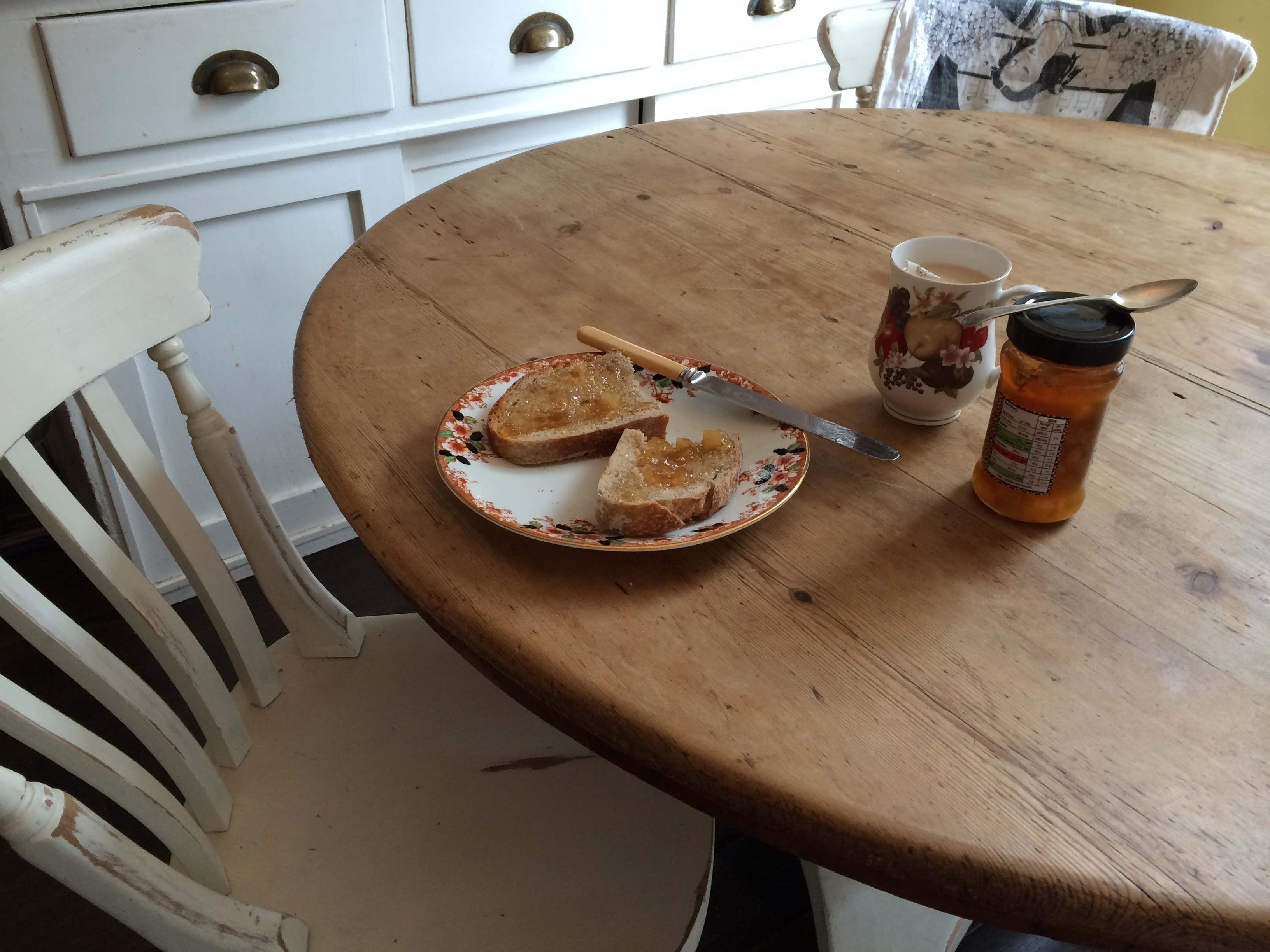 The landlady popped in last night to bring us some ginger marmalade and fresh bread--"Absolutely marvelous sourdough and simply the best toasting bread, but so bad for you, you know"--and (with nominal encouragement) went on to recount the tale of the farmhouse in Portugal.

The farmhouse was bought some years ago, when there was an absolute passion in England for buying and restoring homes abroad; it has been in the process of being refurbished for a number of years, as it had fallen into a quite serious state of disrepair. The expense involved has caused her family to live on the very edge of bankruptcy and, at times, utter ruin. Her children (four of them, apparently--two boys and two girls) think she's quite mad for devoting herself to this project, but now her oldest girl has discovered its charms for herself and is lending her own talents to futhering the farmhouse's restoration.

The costs--"Why you just can't imagine how they mount up, and you just can't hire workers there the way you do here, you know!"--were given as the reason for why she lets the rooms in this house. ("I'm living with my mother currently, can you imagine? She needs a bit of help getting by, and it does free up my room.") In any event, I was assured several times over that the farmhouse is just the most marvelous place, and that the landlady is quite obsessed with country living.

The most notable bit of this exchange actually occurred at the very end, for as she left, the landlady put her hand on my arm, leaned in, and said in a confidential manner: "Now, if you see them, you must tell Greg [meaningful look] and Britta that the bread is for them as well. But Bernhard is not to have any. He is on a different arrangement."

What could this mean? And am I meant to be on the look-out for Bernhard's behavior around the bread? What am I do to if I come upon him buttering a slice or taking a casual bite of marmalade? I fear that my study of medieval mysticism will not fare well today, my thoughts are so distracted. And so I leave you,