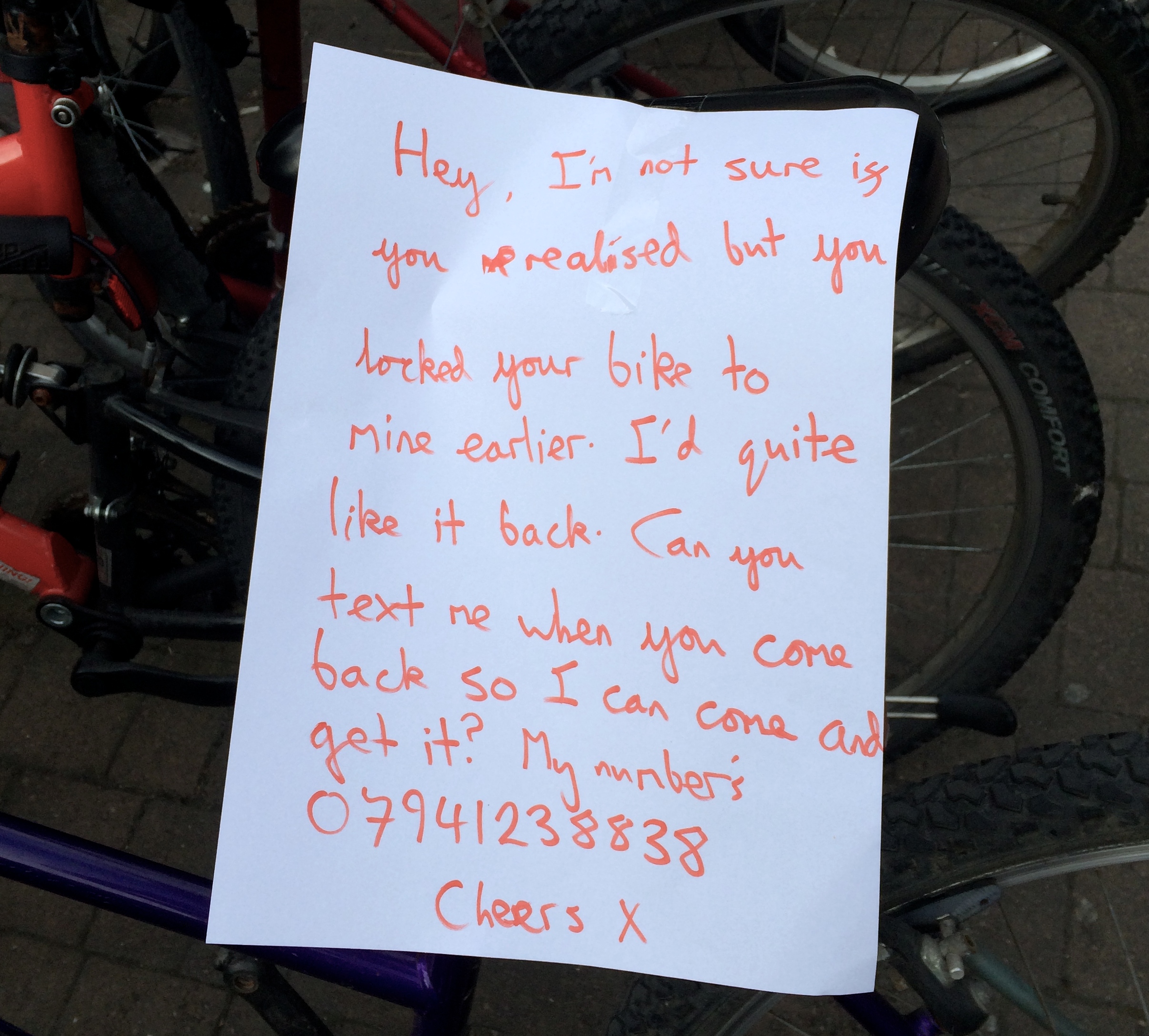 This morning was quite eventful. 'Britta' has arrived, and although I have had as yet had little social intercourse with her, she assumes an overly-familiar tone and (although I hesitate to say) appears a bit...slovenly, often occupying the kitchen in tight-fitting clothing of alarmingly hue. It is difficult to tell whether her hair might be an attractive shade of yellow, for she seems reluctant to wash it, and her posture indicates that she does not regularly employ her backboard. Britta has also confided in me (in the course of our very first conversation, no less) that she wishes to extend her stay by two days, and that she is scheming to make this happen. I am made quite uncomfortable by this revelation, and I have taken to spending less time in the kitchen (the common room for the lodgers) than in the past.

In any event, I came down to the kitchen this morning in hopes of bread and jam to find that both the landlady and Bernhard had both written pointed notes, one of which said, "Please wash and put away your dishes after you use them, so that others might use them later!" and the other of which said, "Please do not run the laundry machine in the middle of the night--until 11pm is acceptable." (It was not difficult to discern which note had been penned by the landlady, and which by Bernhard.) As of this moment, there is still a plate with crumbs and unwashed knife by the sink, which no one has claimed responsibility for. They are--of course--not my own, or I would have cleaned them, using the landlady's preferred washing method, which she took great care to explain to me when I arrived. (One might think one could simply employ a washing cloth and the sink for such a task, but she greatly favors using a large ceramic bowl, for reasons that apparently involve the drains.)

Meanwhile, I appear to have fallen out of favor with the landlady. As I approached the house to change before dinner, Britta and the landlady were, in her words, "having a natter" out front. I stopped to greet them, and the landlady expressed concern that I looked a bit run-down. Conversation did not flow easily, and after a bit of an awkward pause, I started up the stairs for lack of any further exchange...at which point the landlady say to Britta, "Well, then--shall we be off?" and they headed down the street towards the tea shop. Earlier the landlady had expressed some enthusiasm for the prospect of the three of us going together for a beverage of some sort, so I fear that Britta has implicated me in the incident of the unwashed plate and knife with toast crumbs.

In any event, the situation appears dire. The landlady and Britta have returned from their outing and are currently chatting in the downstairs room. The acoustics of the house are such that I hear their conversation clearly, whether I will to or not, and so I cannot help but witness Britta being very enthusiastic and affirming of all the landlady's plans to redecorate. Indeed, she has asked to see my room for future lodging possibilities. I admit that I am quite distressed by this turn of events, and do not know how best to proceed.

Meanwhile, Greg has departed for Bath to renew an old acquaintance and attend the theatre. He will be returning shortly--but will he return alone?