I'm in St. Andrews for the week, and this is printed on every coaster in my flat: 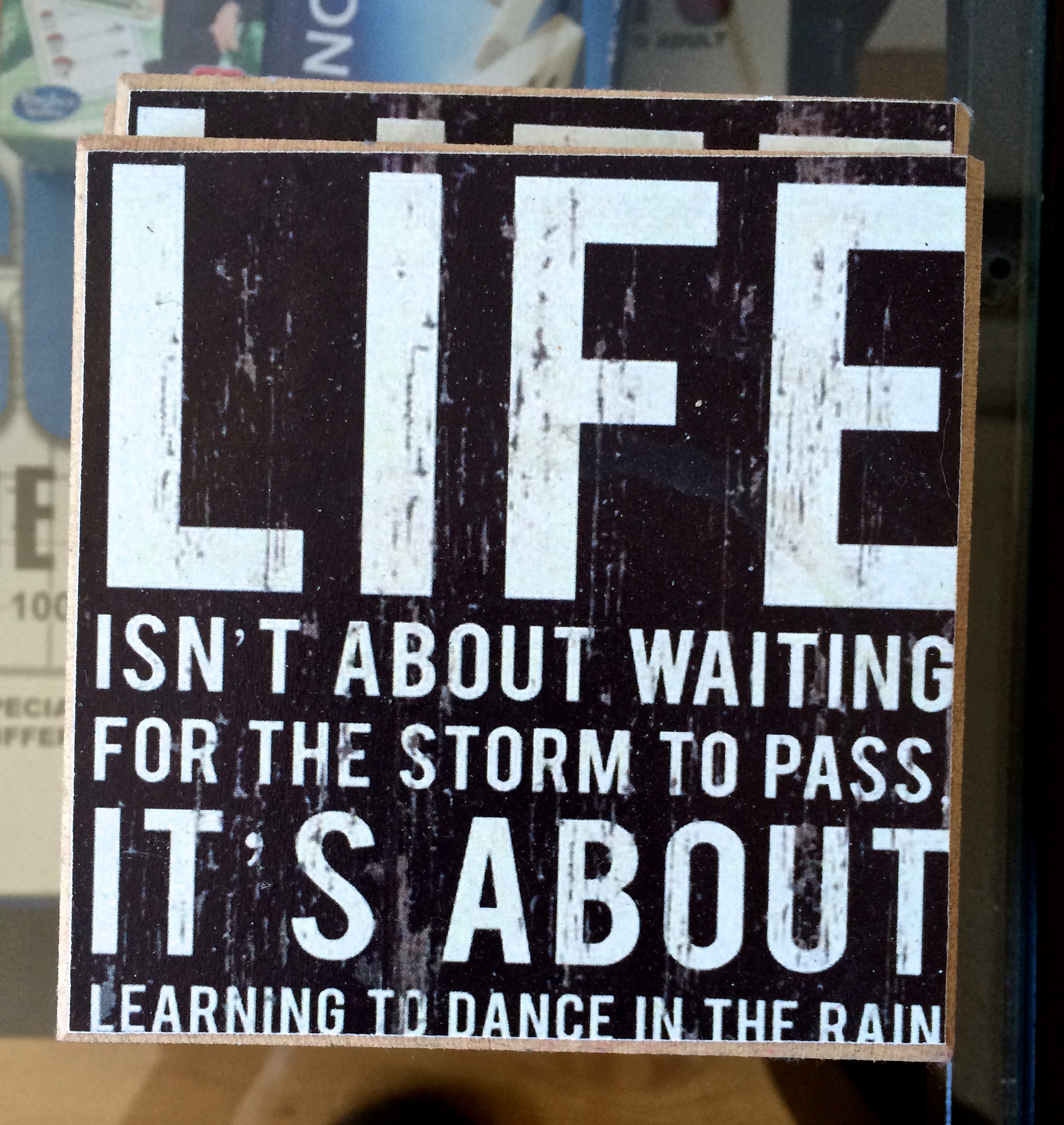 Normally, I would read this sort of thing as aspirational/inspirational, but in Scotland I just take it as a practical piece of life advice.

I'm here to do some work with/near a fellow medievalist on a commentary we're writing together. He's already revised his part and is waiting patiently for me to do the same. (My enthusiasm for commentary-writing turns out to be low enough that the physical presence of the only person who actually cares when I finish my revisions seems to be required for me to wrap this puppy up.)

Woman cannot live by commentary alone, however, and I was just wishing I had something to blog about when it occurred to me that I'm Abroad and Having Adventures, and that this is exactly what normal people blog about. So here's my attempt to mimic a normal person blogging.

Hey! I'm in St. Andrews. My flat (that's British for apartment, hahaha) is right down this little alley, next to the Byre Theatre. 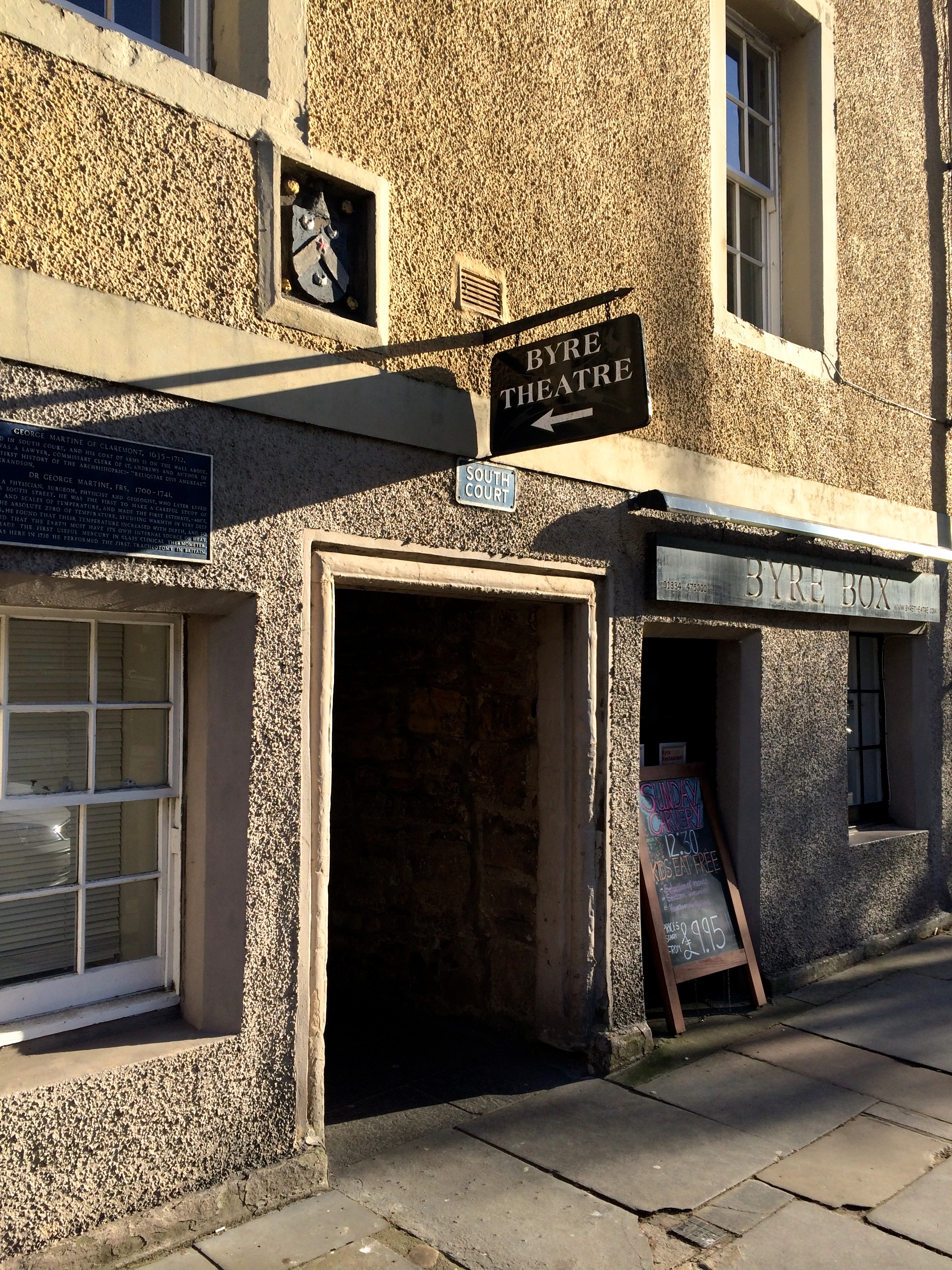 Here's what it looks like through the alley. It's really pretty when the sun is shining. It rains a lot, but you know what the locals here say: "If you don't like the weather, wait five minutes!" (hahaha) 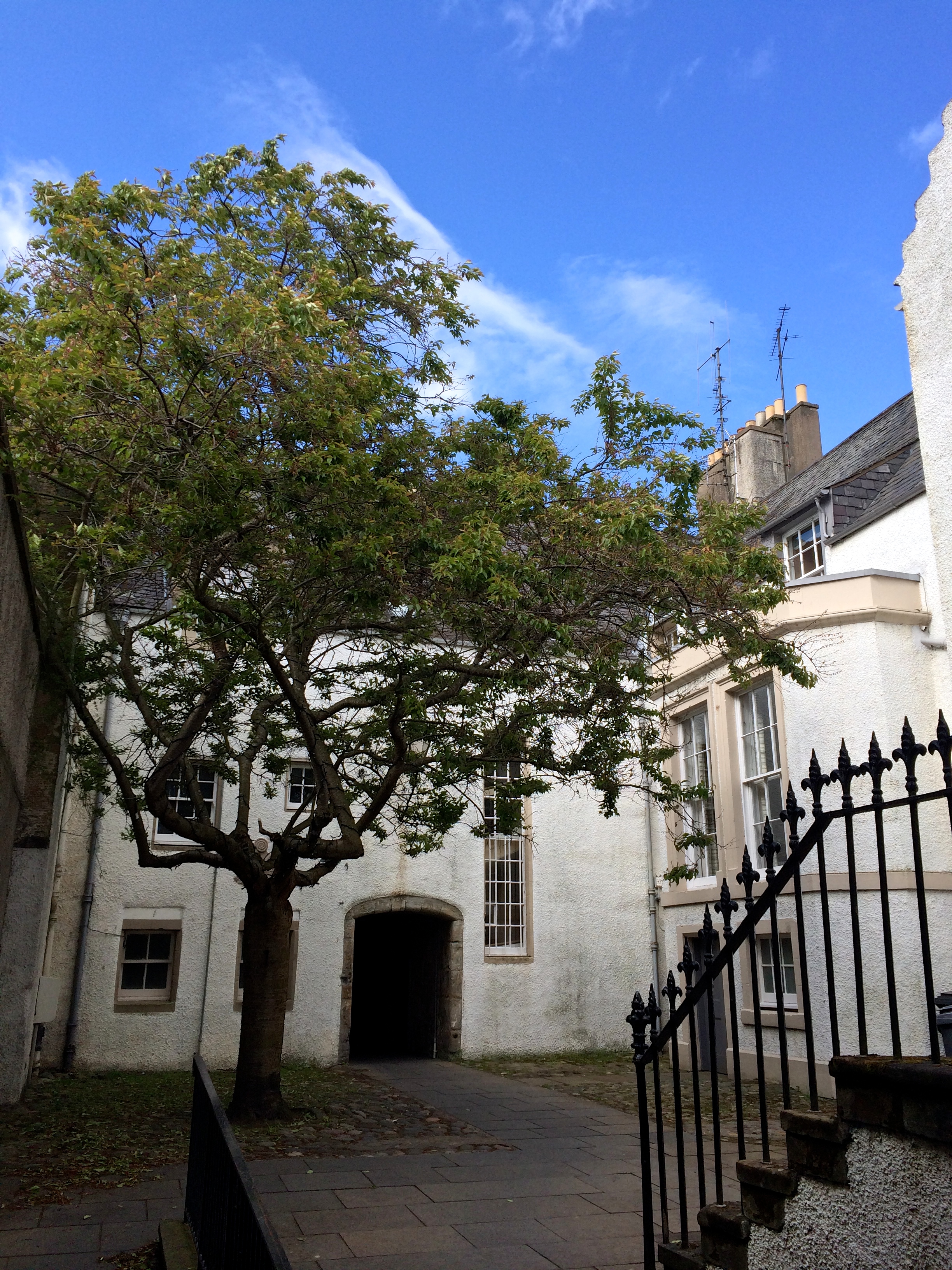 Ok. That turns out to be as much as I can take of that. I'm just going to tell you about my attempt to walk the Lade Braes instead.

There's a very concise little guidebook to St. Andrews in my flat. The guidebook is, at the same time, pretty comprehensive. Because the thing about St. Andrews is that (especially for a university town) it is small. There are three main streets--each of which is maybe a mile long--and after I'd been in town for 48 hours, I'd explored all three streets as well as made more than one visit to the castle, the cathedral, the East Sands, and the university. I was still trying to walk off jet lag, and ready to try something new.

The guidebook lists several walks/hikes, and the Lade Braes sounded promising. Among other things, it was described as being a lovely walk along a stream that runs past a few parks and ends with a medieval dovecote and rustic mill cottage. (Who among us can resist the pull of a rustic mill cottage?? Certainly not I.) What's more, it claimed to start mere feet from where I'm staying.

The first bit was a sharp left off South St., down a narrow walk between two stone walls. Nothing too unusual, if not precisely scenic. It was the next part that made me a little apprehensive.

First, there was the graffitied bit where the path kept narrowing. Then there was the bit where the path took a sharp turn down what I started referring to in my head as "Murder Alley." 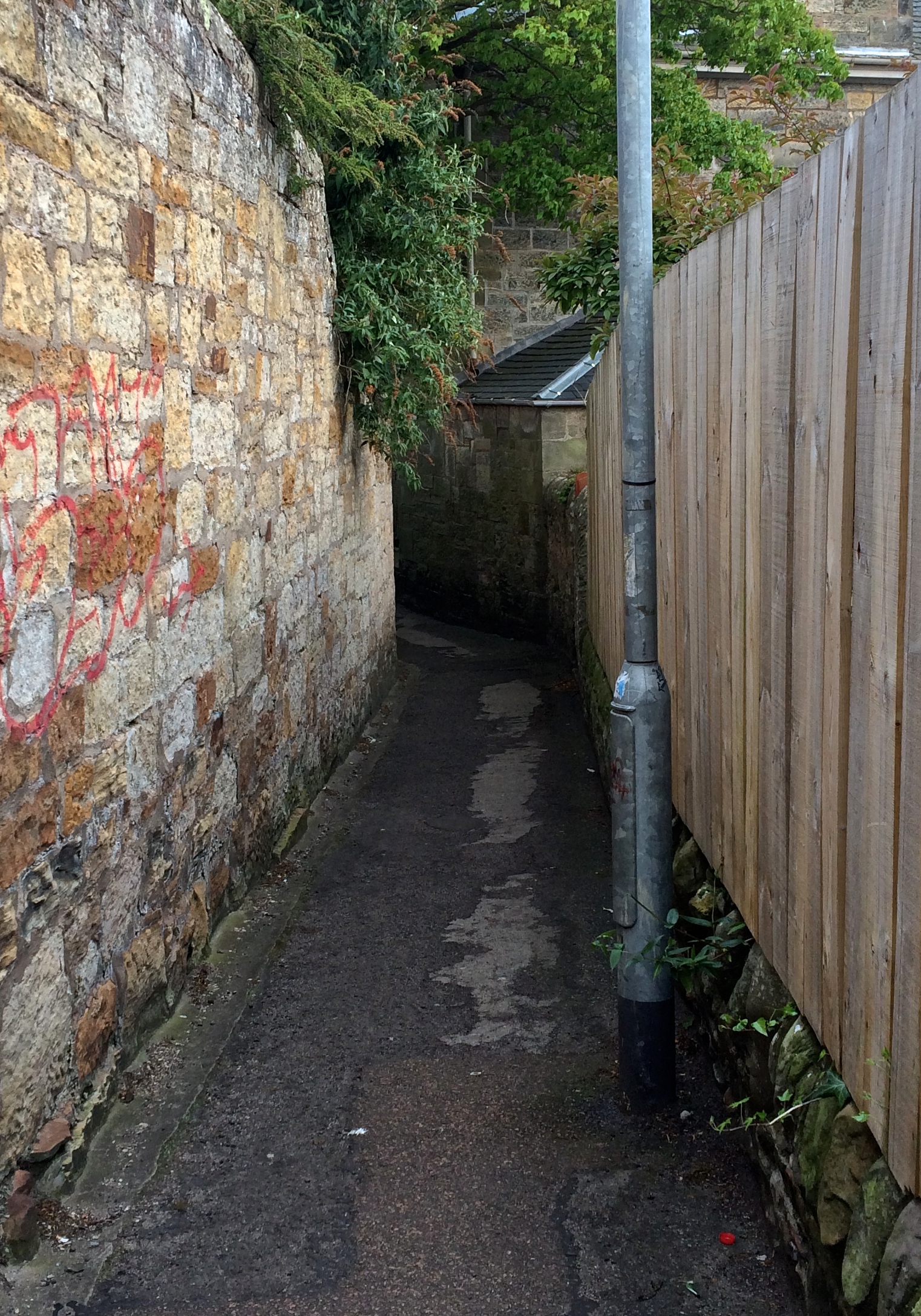 "I was told there would be a stream?"

Not one to be easily daunted even by Murder Alleys when promised a dovecote and a rustic mill cottage, however, on I kept, and soon enough the path turned into this: 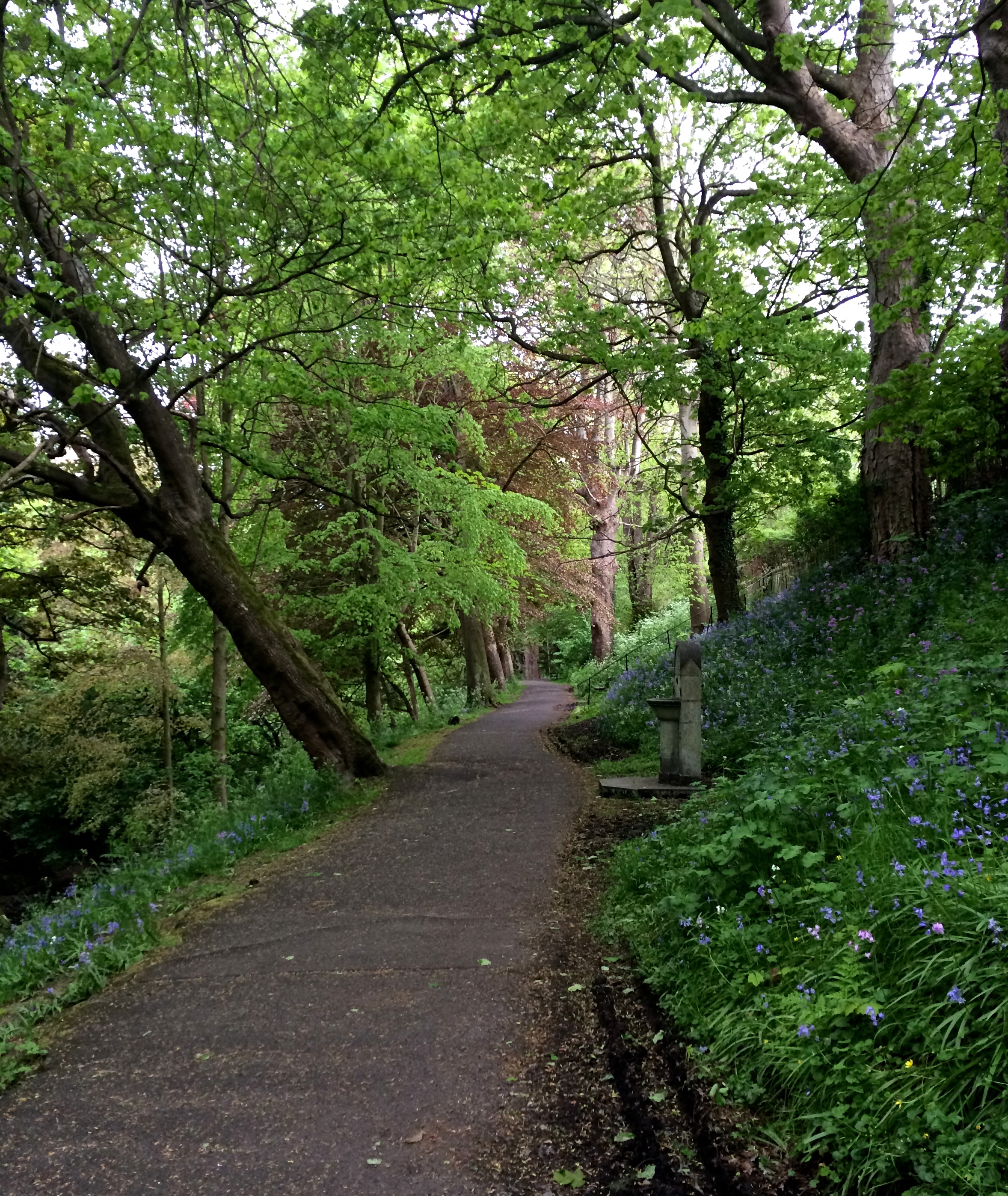 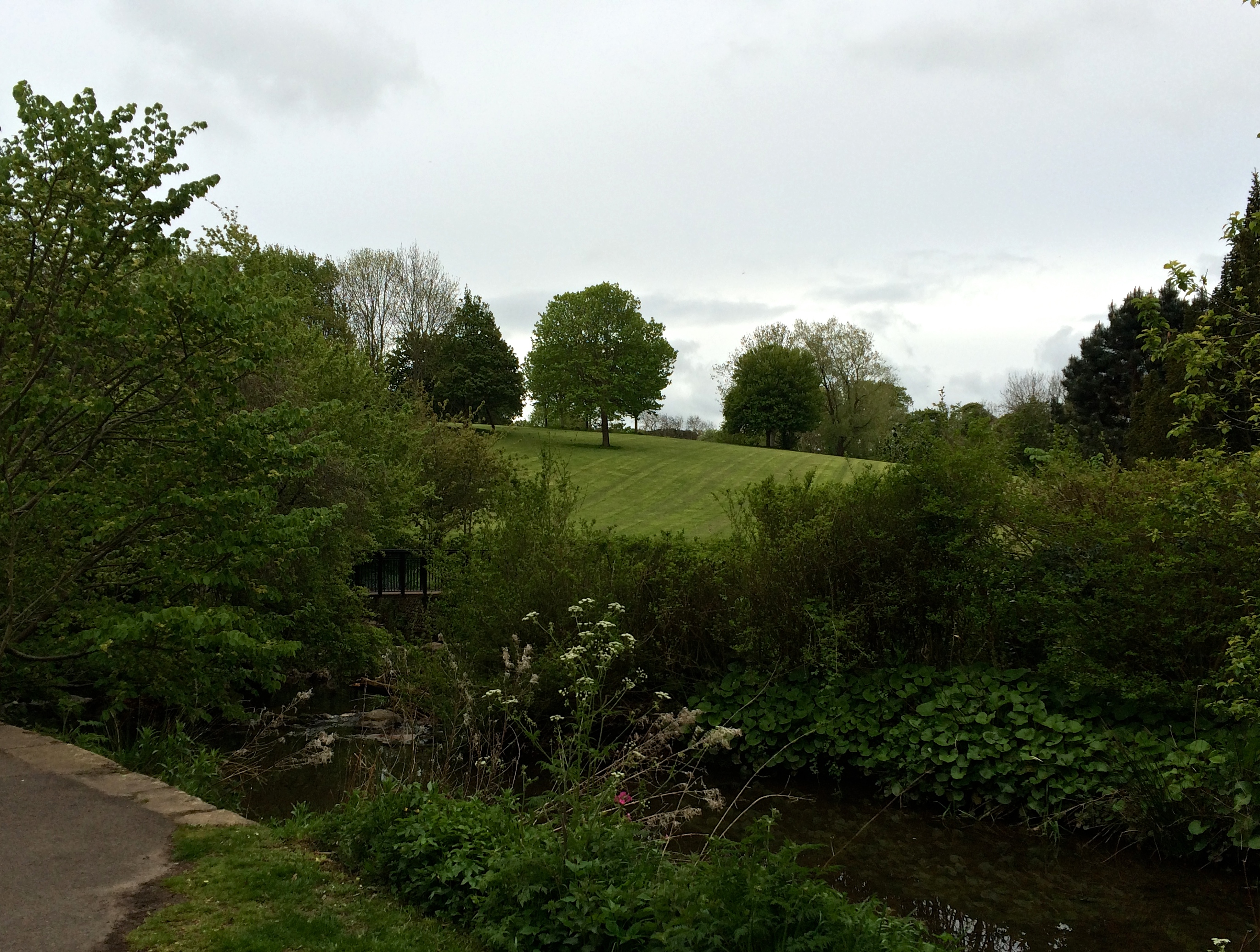 There was even a rustic mill cottage--although I didn't get a good photo of it, on account of it was right next to what appeared to be an actual cottage with people living in it. But here's the medieval dovecote, where the monks of St. Andrews kept their doves! 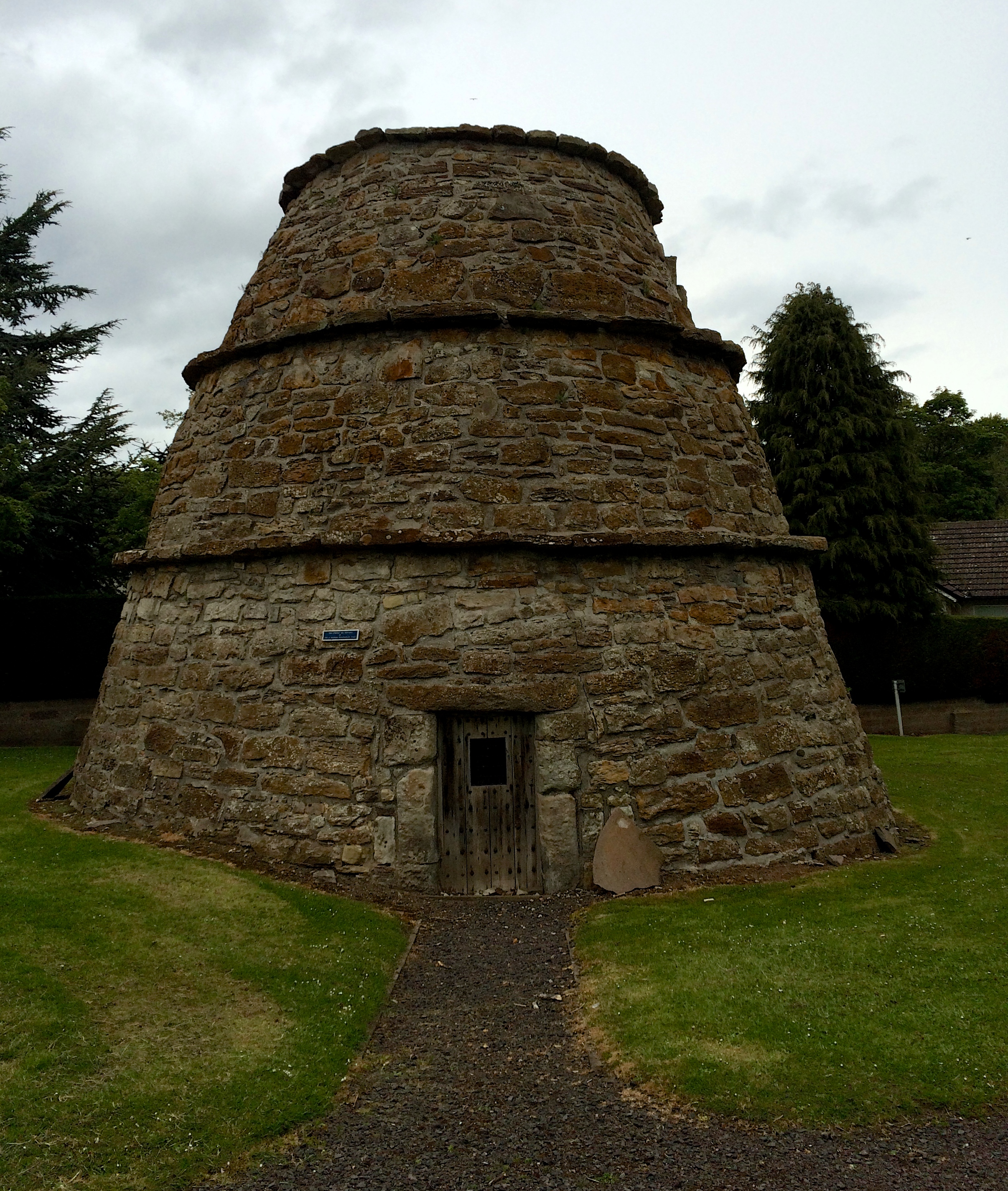 Best of all, when I reached the end of the Lade Braes path, there was a sign pointing to "Spinkie Den"! I don't know what spinkies are, but they sound cute. And a whole den of them?! Adorable! 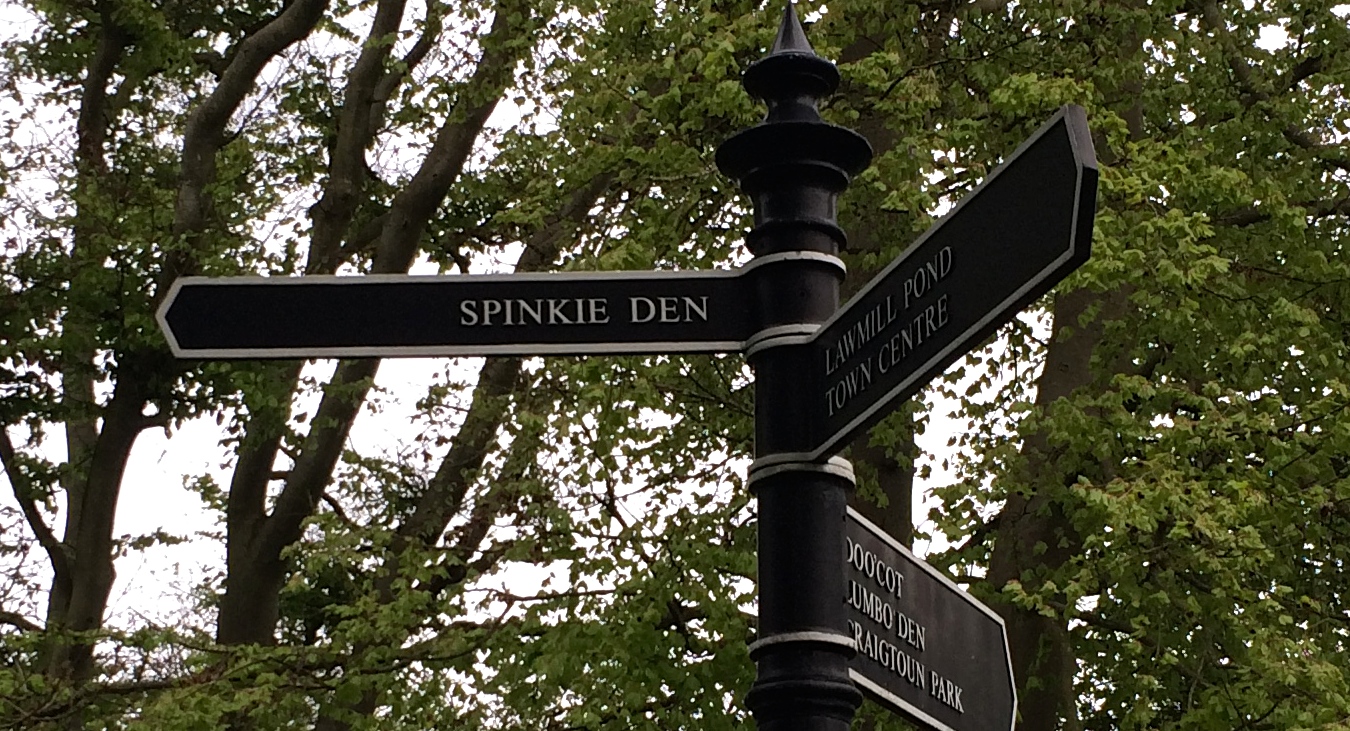 Alas--a den of spinkies was not in the offing. The path did lead to a lovely walk up over Hallow Hill, though, and as it was getting late and starting to rain, I headed home.

Love from St. Andrews! I promise not to recreate the Chariots of Fire running scene for your viewing pleasure, but I will post more soon about more small and peaceful happenings here.