I don't know exactly what I expected things to be like at this point in my life, but it sure wasn't this. 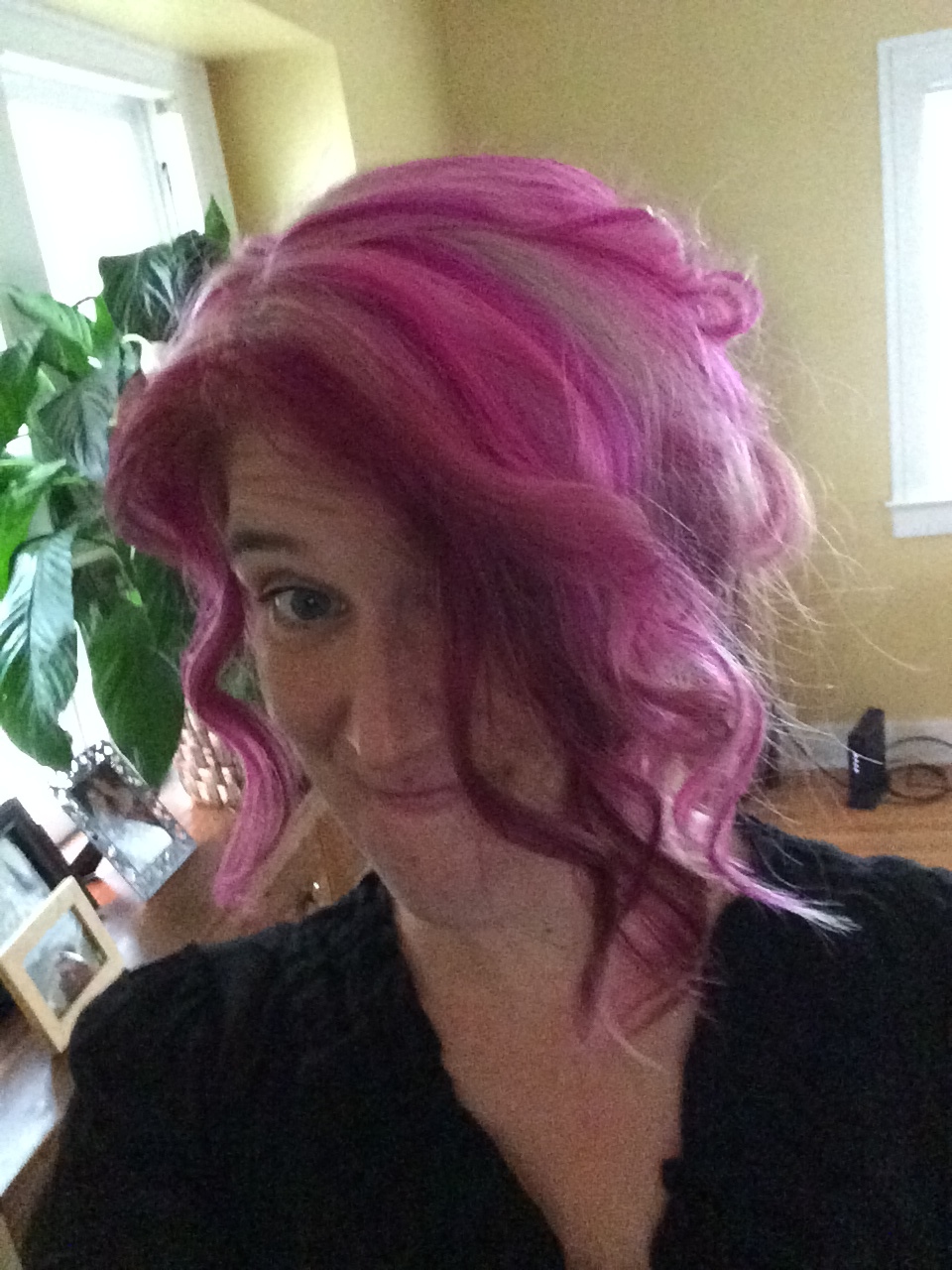 (Who knew having my hair go white so early would lead to so much fun?!) 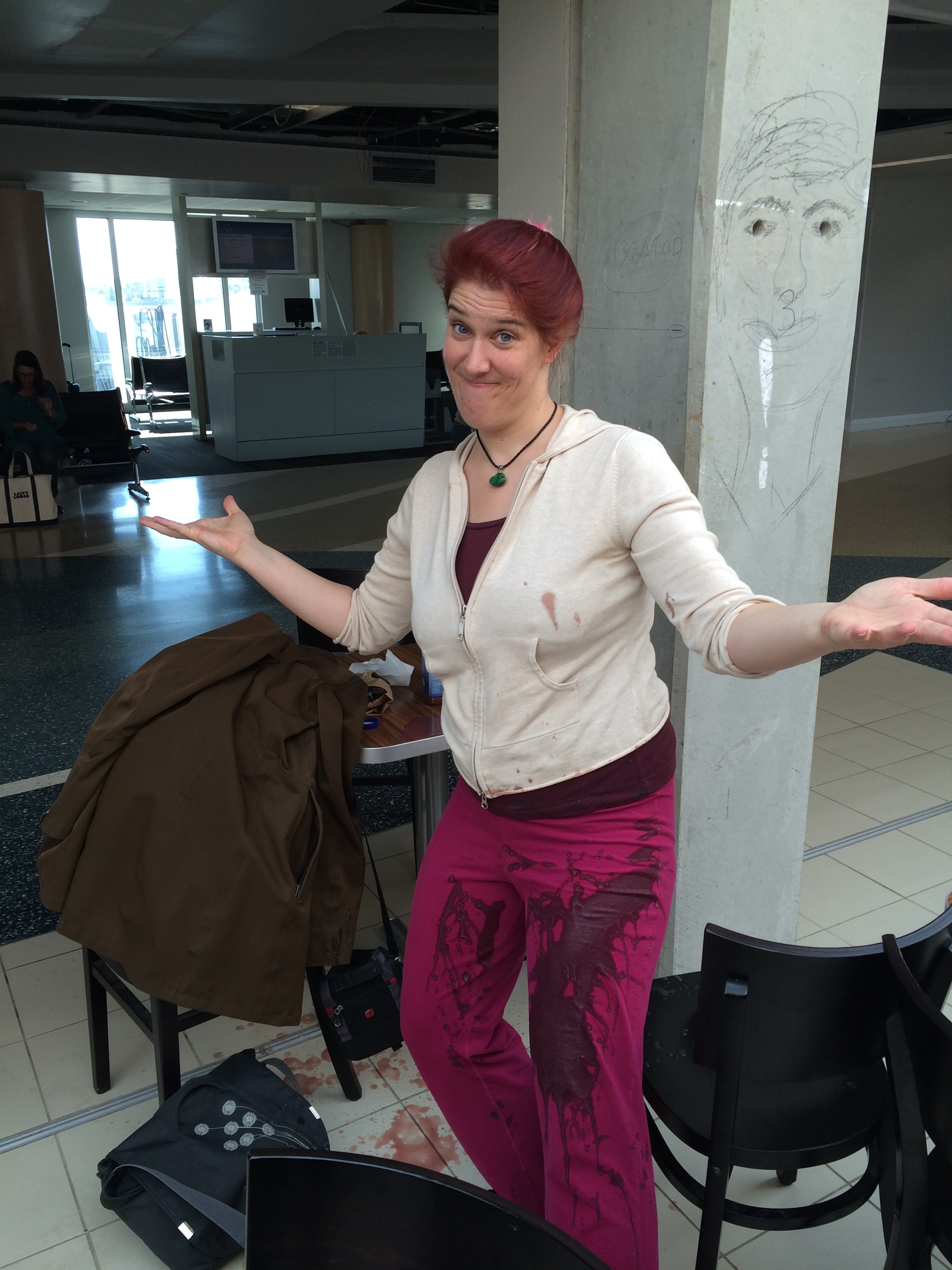 (Honestly, I just figured that at SOME point in my life, I would become more coordinated.)

I was pretty traumatized to turn 40. Turning 30 had been no big deal--I was glad to be done with my 20s. But people think of--and treat!--you differently when they know you're in your forties. It's the age of settling down and becoming boring. The age where people start complaining about their aches and pains, and worrying about investment packages (or whatever you call those things). The age where you figure people have found their ruts and are more likely to just keep wearing them deeper than they are to make new roads.

I do not identify with any of those descriptions. So I spent two years kind of mumbling my age when people asked, or being vaguely apologetic about it. "Yeah, I'm fertyoubnywo," I might say. Or "Sorry, I'm actually forty-one." (This in response to the people who appeared actively horrified that I was THAT OLD and have a child who is NOT A TODDLER.)

In actual fact, not only is my child not a toddler--he is turning 18 in three months, and he is the awesomest. At the moment, he is downstairs playing Destiny with friends and singing a loud parody of the "Make a Man Out of You" song from Mulan. His present to me so far today has been to take a shower and wash his hair twice. This is the year he graduates from high school and leaves for college. By the time I turn 44, I will be an empty-nester. (Will there be blogging about this in the next year? Oh, you betcha!!) 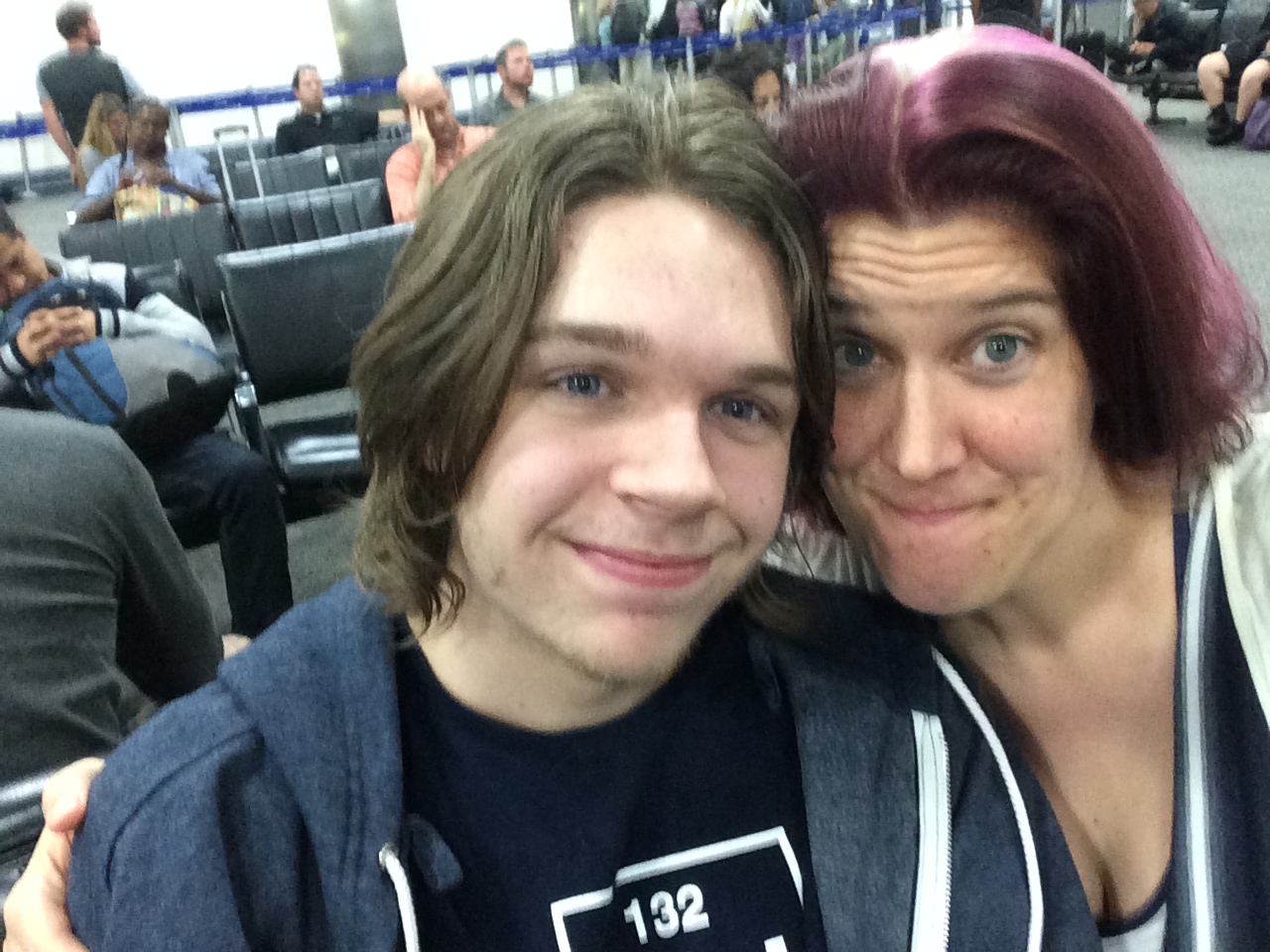 (David and me in the airport in LA this June, on our way to Sydney. Apparently, our feelings about flying for 15 straight hours are not unlike our feelings about his leaving the house, because this is exactly what we both look like when we think about that, too.)

This is us heading home from Australia. This time, we were better caffeinated, and also prepared with long books. 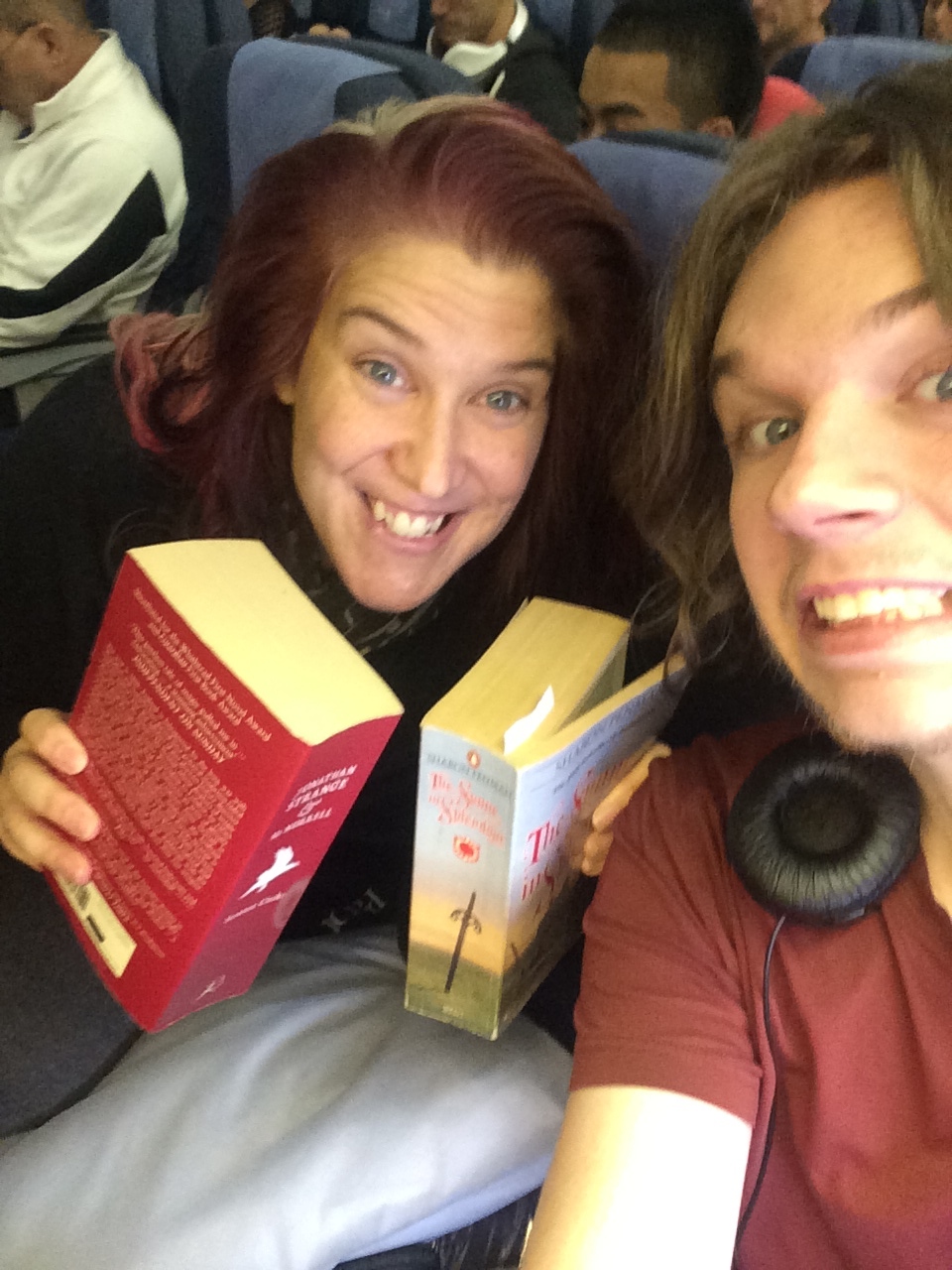 I made full professor this past year. And I spent the academic year on research leave getting paid to travel all over the world giving talks and thinking thoughts. I also went through a period of serious despondency/depression this winter and spent a lot of time care-taking for family members. Given that, I have a lot more photos of me making these sorts of faces than I would have expected: 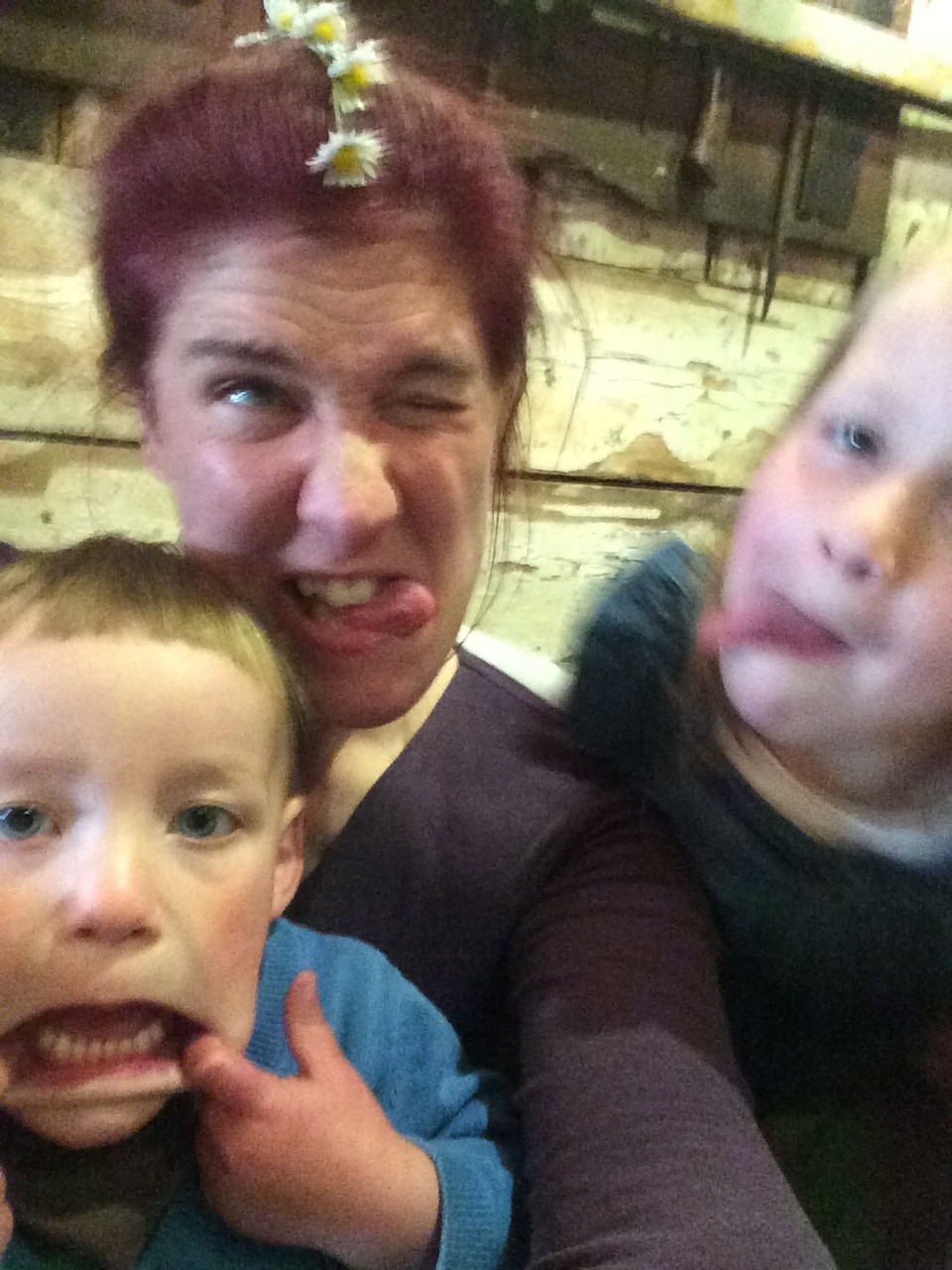 (I am one responsible godmother, I tell you what.)

On the other hand, I've always responded to despair with absurdity. The world is such a hodgepodge of amazing and silly and horrifying and loving and vicious and spectacular and heartbreaking people/events/things that I don't know how else to handle it.

And so this year I've decided not so much to own my age as to make it my b%tch (sorry for the language, Dad!). I am a hodgepodge of amazing and silly and horrifying and loving and vicious and spectacular and heartbreaking.