I haven't even moved yet, and NYC is already taking over my life.

A few months ago, I was capable of having entire conversations without mentioning the word 'rent' or 'commute' once. Not even once, I tell you! Now I stalk StreetEasy the way most people stalk Tinder. Momentary pause in discussion? Time to look down at my phone and see if a new apartment's been listed in the last 30 seconds. Because this one might be The One: the pet-friendly, spacious, centrally located, sunny living space with considerate neighbors that is still only 1/5th the size and 5x the cost of the gorgeous house that I actually own that already fits that description and holy moly why am I moving again?!?!?

[...brief pause while I click through calming photos of friends on Facebook who rent apartments in NYC and sometimes still smile and appear not to have spontaneously combusted...]

Ok. Right. I am moving for luuuuv. Of this guy: 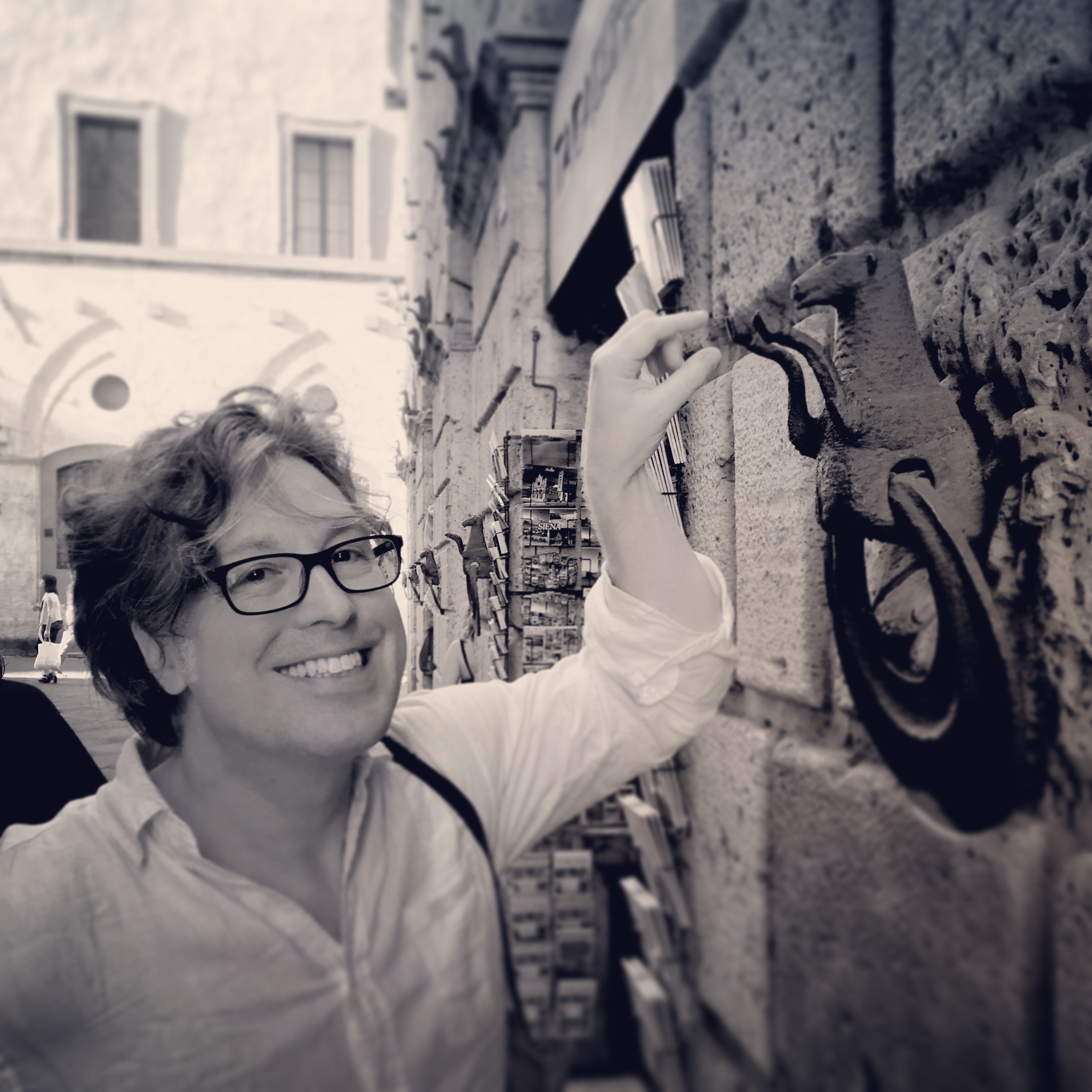 (Here he is making a tiny little sheep friend in Sienna. Who wouldn't leave everything for a lifetime of this?)

I am also moving to seek my fortune -- just like in a fairy tale! Maybe I should think about this adventure in tropes from the Brothers Grimm, in which case this is a mythic quest in which I am facing ogres (brokers) and giants (management companies) and unassailable castles on giant golden hills (places I might actually want to live, at a price I can afford)!

That might be super-consoling and maybe even a little exciting, except that if you've actually read any of the original fairy tales, you know that things often don't end well for anyone.

I mean, if I were the third son of a cobbler, and my brothers were named things like Tricky Pete and Lazy John, I might have a shot. Things might also go well if I were the only daughter of a king and queen who'd been unable to have children until they made a unbreakable deal with a random stranger/ frog/ friendly tree. Sure, in that case, things would mostly happen to me, and I'd end up married off to some elderly tinker or ex-soldier who'd won me like I was a handful of poker chips, but I could at least be confident that I would have a place to sleep next year--even if it were a glass coffin. (Plus! Talk about the security of a 24/7 doorman? I'd have seven dwarves on constant alert! And/or an enchanted hedge of thorns that tore the flesh off of wanna-be-burglars. I probably wouldn't get my book written, but I could totally sell my story after I woke up and use the money to BUY an apartment...and a few years off teaching. WIN.)

As the second child of an analytic chemist and a linguist, though, I think I'm more likely to be one of the characters who gets defeated in an early trial, as a lesson to the actual hero. Like so:

And then the second daughter approached the oak tree, and the moon shone on the un-dyed roots of her sort-of-blue hair as the tree spoke.

"Password? I was told I just needed this rooster tail feather and the golden eye a white cat gave me! I've been traveling for weeks to get them!" the second daughter replied, holding out the magical objects she had definitely acquired by being nice to people and not by being rude or dismissive to old or disenfranchised-looking people and/or animals.

With a deep creaking groan, the old oak reached for the golden eye and the feather. The moment its branches touched them, however, they burst into flames.

"We only accept the tail feathers of Wyandotte roosters," the tree boomed. "And this cat eye is out of date. We also require your maternal great-grandmother's original birth certificate and your first-born son as a security deposit."

"Well, OK," the second daughter said, wiping feather-and-eye-ash off her hands. "I did bring along all the legal documents I could find on my mythical quest, so here's the birth certificate. And I totally have a first-born son--he's turning 20 in November, and he's a good worker! If you take him, I won't need to pay any college tuition next year, which also increases my net assets. Did you have any space available on a higher limb?"

"First-born sons must be under 18 to qualify," the oak rumbled, scrutinizing the birth certificate with an ageless eye. "And this document is from OUT OF STATE!"

"Well, yes!" the daughter responded, failing to notice the tree roots slowly creeping up behind her. "My maternal great-grandmother was born in the Netherlands, not New York. And if you won't take my first-born son as security, what will you take?"

"We will take YOU!" the tree cried, and the second daughter's screams were quickly muffled as the roots pulled her down into a windowless basement apartment that somehow still shook every time the F-train passed overhead.

The third son of a poor cobbler -- a native New Yorker -- watched her disappear into the earth with a shake of his head. "Trying to rent with an out-of-state maternal grandmother's birth certificate. Classic!"
And then he approached the tree and pulled up his sleeve to reveal the silver birthmark in the shape of an acorn on his left shoulder. And the trunk immediately opened to usher him into a spacious, well-lit 2-bedroom in the West Village with on-site laundry and a live-in super. And utilities were included.

I'm pretty sure that's how the fairy-tale version of my story ends. So perhaps it's best to stick with real life?

In any event, it's now been at least 10 minutes since I checked one of the apartment-listing sites, and something perfect might be there now! Everyone tells me I'm wasting my time looking so soon, since the phrase 'in a New York minute' somehow means that real estate listings don't get posted until 10 seconds before you're supposed to move in, which makes it like trying to find an apartment with a live grenade in your hand.

A girl can dream.

Until next time,
Your NY-er in training