Since the world continues to be a dumpster fire, I'm going to keep telling stories about my adventures with David in Siberia. This week, it's a picture-packed tale called The Time I Went on a Boat with a Hangover and Found 'The Source'. (Catchy, eh?)

It was July 2006. David and I had finally made it to Olkhon Island on Lake Baikal, and now we had a week there to do whatever we wanted.

As far as we could tell, the Russians vacationing around us had exactly two goals: 1) win "worst sunburn" and 2) numb the ensuing pain with vodka and pounding techno music. If you were a dude, there was only one outfit permitted: sneakers and a black speedo. (I started to wonder whether the speedos were government issued, given that we saw no variations on this theme at any point during the week). The only accessories allowed with this outfit were 1) a lit cigarette and 2) a head wrap, as demonstrated below: 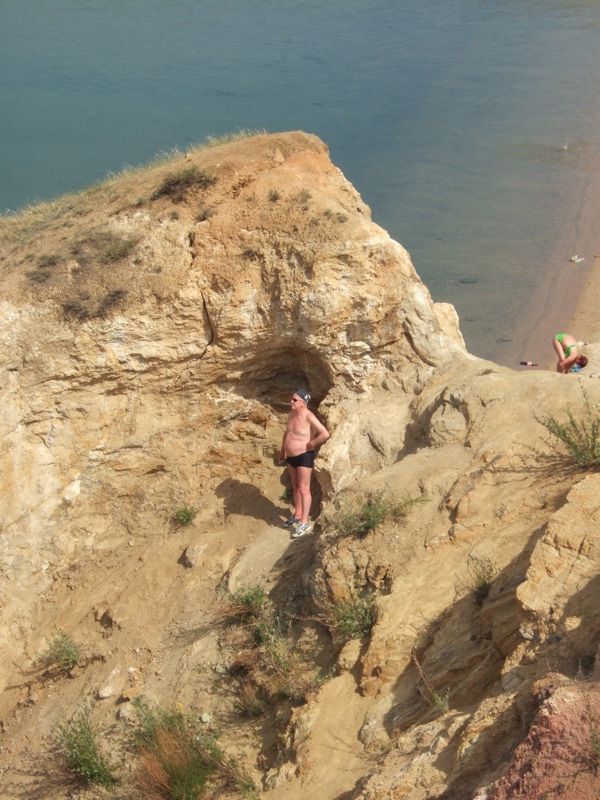 David and I had other plans, however. Or, to be more accurate, I wanted to see as much of the island as I could, and David was still young enough that I could bribe him with ice cream. (The photos from this particular trip are filled with shots of him happily consuming frozen treats in various locales throughout China, Russia, and Mongolia. Here is my favorite from Olkhon:) 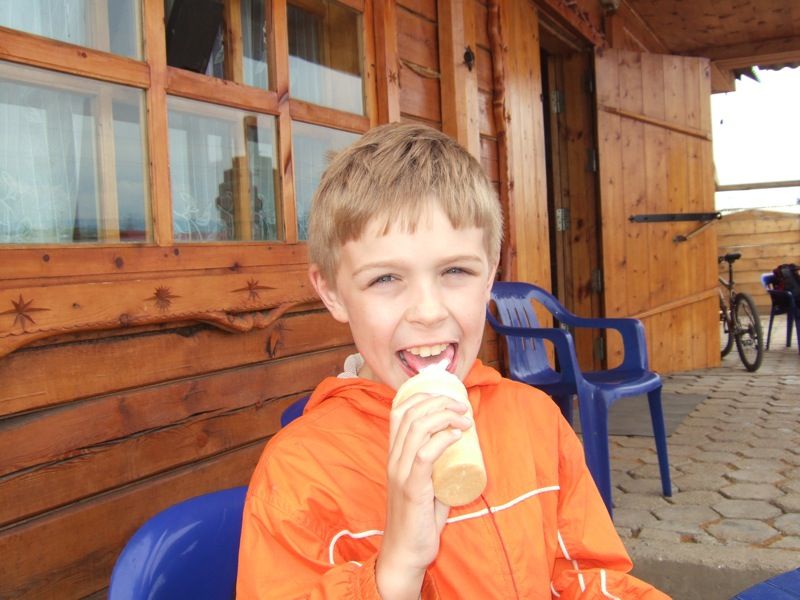 The hostel offered two day-trip excursions. The hostel host's English was about as limited as my Russian, so I couldn't understand where exactly they were supposed to go or what we'd be doing, but that didn't really matter: I happily signed us up for both of them when we checked in.

The first excursion was scheduled to leave at 9am the morning after we arrived. The wisdom of this plan seemed obvious when I'd signed up: what better way to start seeing island than a day-trip? Especially one that I was fairly sure involved a boat, and also that apparently involved seeing something called "the source" -- the nature of which remained completely unclear, despite (or perhaps because?) of the way our host kept pointing at her stomach when she said 'source'.

The wisdom of this same plan seemed much shakier the next morning, when - vodka and fish-rolls still roiling around in my belly from Lena and Tanya's enthusiastic toasts the night before -- I stumbled out of our one-room cabin at 8am to use the wooden outhouse and then find breakfast. There was no sign of Tanya or Andre ("Andre, Olkhon? Dah!"), but Lena was sitting at a table with her young son Roma looking even rougher than I felt. So I did what any single parent does for any other single parent in that sort of situation: I asked whether Roma wanted to come on the excursion with us.

Soon, David, Roma, and I were all heading down to the shipyard. Or, you know, a place with a dock and some boats. Several of those boats were floating in the water and appeared seaworthy! 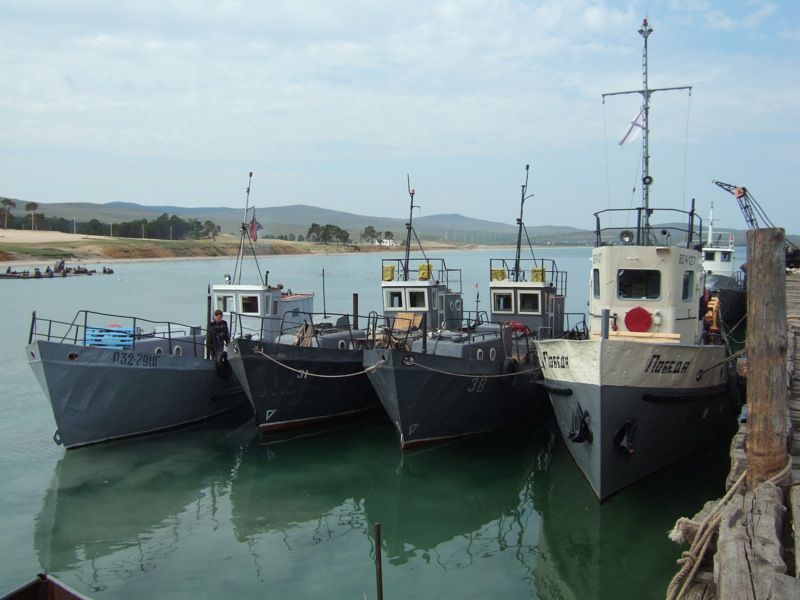 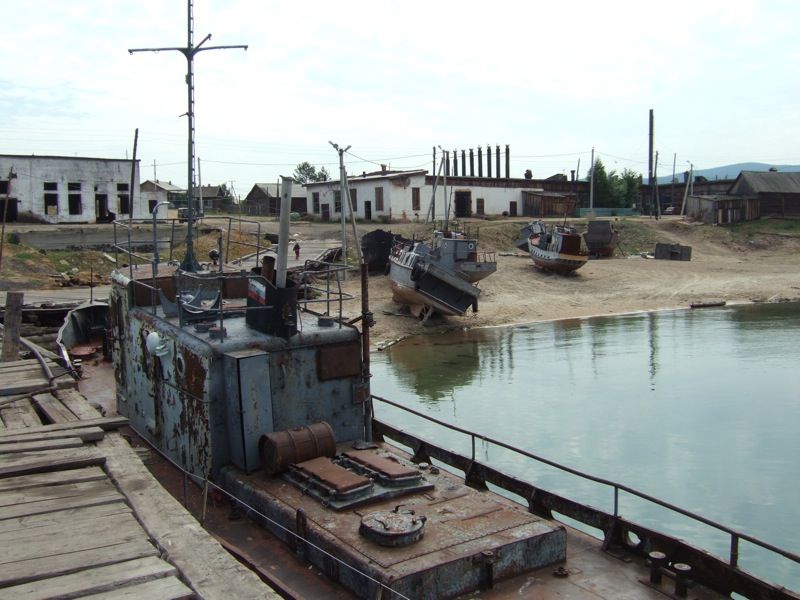 No one told David and Roma they couldn't climb on the rusty hulks, and so they amused themselves mightily doing just that until it was time for us to embark. Here is a photo of David pretending to fall off the crazily-tilted boat deck while Roma signals his extreme amusement by not scowling. 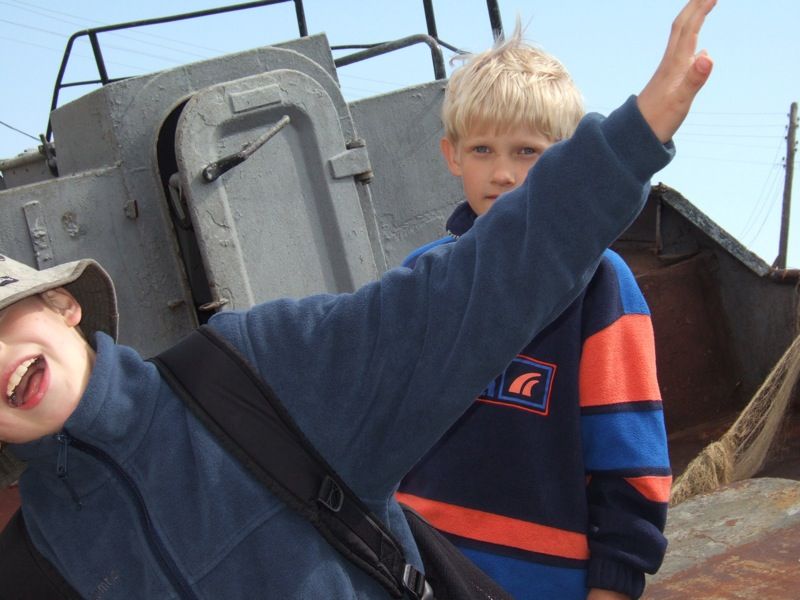 The rocking ship deck made me regret the previous evening's vodka-and-fishrolls all over again, but it was a lovely jaunt across the Lake. Soon, we landed and disembarked on this memorable ladder: 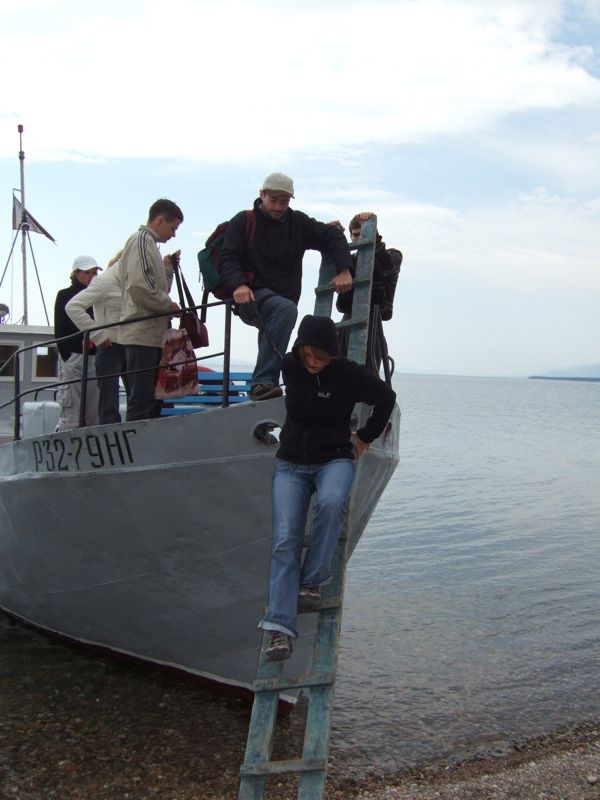 Where were we? And what were we there to see? I still had no idea. Fortunately, the high-school aged child of one of the other people on the excursion knew some English, and so as we hiked further and further into the taiga I learned that this was a deeply spiritual place to the Buryat people, and that what we were going to see what some special sort of water. Indeed, we started to see more and more prayer-flags tied to tree branches, and sometimes wooden carvings as well, like this: 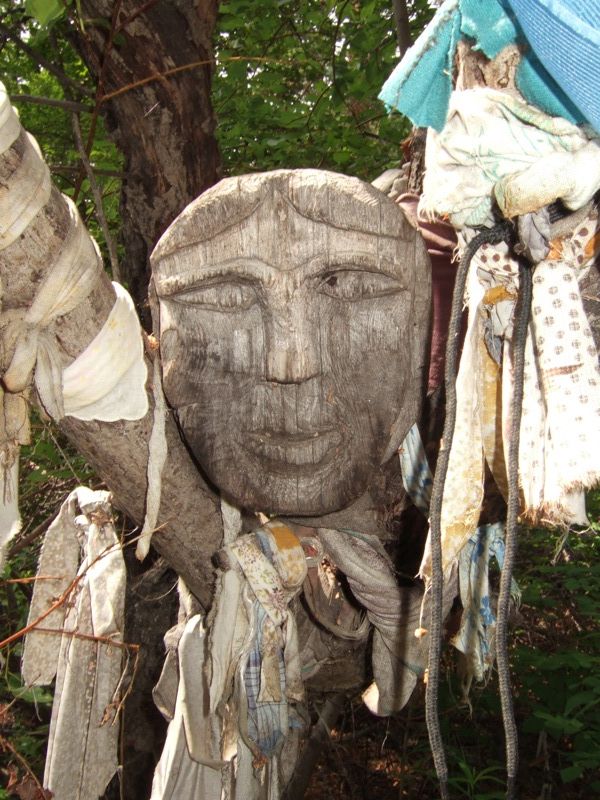 (If you look up 'shamanism' on Wikipedia, the first photo is actually a Buryat shaman on Olkhon Island!)

So now I was feeling like a spiritually-insensitive poseur, but I was also really curious about this 'source', especially now that I had figured out it was where an underground spring emerged. And then finally we were there! No signs, no markers of any sort other than the prayer flags waving in the trees and two wooden troughs with water running out. 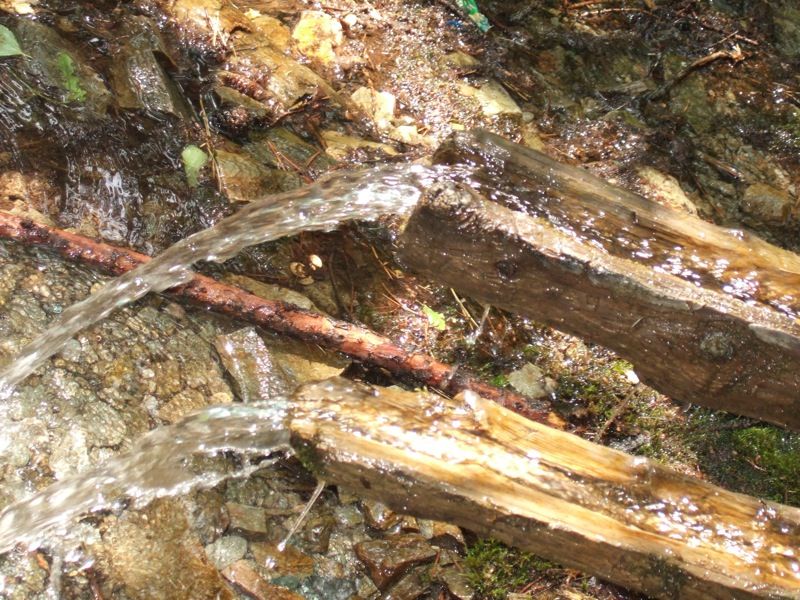 As with almost everything else in Buryat culture, the 'source' was divided into Male and Female. (Next week, I'll tell the story of how I flirted with death by looking at the sacred male mountain off the north coast of the island and then became a Real Man by submerging myself fully in Lake Baikal.) We were told to fill our water bottles, but ONLY WITH THE WATER FROM THE APPROPRIATE TROUGH. We were also assured that the water was very good for the stomach (hence the host's belly-patting) and for clearing up any reproductive issues - but, again, only if you drank the "right" water! (I was being Very Respectful, so I didn't make (m)any rude noises or even drink from David's 'pure male' water bottle until we were out of sight.)

After all this excitement we returned to the shore of the lake to see a picnic nicely laid out for us. Unfortunately for us, the meal consisted mostly of fish soup. I say "unfortunately" because in the very BEST of conditions neither David nor I get excited about eating fish, and this condition was a bowl of hot water plus a few potato bits and half a fish. Exactly half a fish. As in, you either got the half with the head and the boiled eyeball staring up at you or you got the half with the tail sticking out. David stared down into his bowl with a look of horror surprisingly similar to the one on his fish's face and refused to take a bite. I, in an effort to model responsible behavior, did the grown-up thing of eating everything in my bowl that WASN'T the fish butt trying to twerk my nose.

And then I drank all the rest of David's Manly Man Water for Men to get the taste out of my mouth because my Ladies' Water for Lady Parts was already gone.